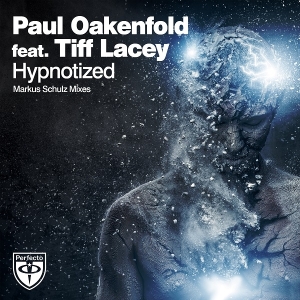 Paul Oakenfold’s Bunkka album can be said to be somewhat legendary – after many years of recording singles under guises like Grace, Virus and Element Four and remixing along with Steve Osbourse as Oakenfold & Osbourne, it was the Perfecto boss’ first artist album, released on Madonna’s ‘Maverick’ record label in 2002.

The album was met with huge acclaim not only selling over a million copies worldwide, but having arguably one of the most ‘sync’d’ pieces of electronic music – ‘Ready Steady Go’, which was used on 3 Hollywood block buster films including Swordfish, Collateral and The Bourne Identity. The album also included the now legendary ‘Southern Sun’, which needs absolutely no introduction and ‘Starry Eyed Surprise’ which reached number 6 in the UK singles chart.

Hypnotized was a collaboration between Paul and vocalist Tiff Lacey which is back with a vengeance in 2014 with an awesome remix by global trance headliner, Markus Schulz. Already featured on the ‘We Are Planet Perfecto’ album, ‘Hypnotized’ has reignited the Bunkka flame and brought another classic back with a new breath of life.
Look into my eyes, my eyes, not around my eyes, into my eyes…. Your under!