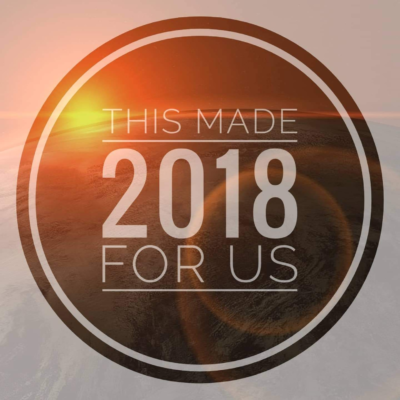 The year 2018 is over and D-Vine Inc. took the time to look back and recap his personal highlights of this year. He selected again his Top5 Trance tracks, Trance albums and Trance artists to focus on. We hope you like his selection as much as we do!

In Search Of Sunrise 14 mixed by Markus Schulz, Gabriel & Dresden and Andy Moor
The “comeback” of the popular ISOS series in 2018 was one of the biggest surprises this year for me. Mixed & Compiled in their first installments from Tiesto and Richard Durand, it became quiet after the Volume 13.5 back in 2015. For the relaunch Black Hole Recordings decided against one single lead deejay as responsible for mixing & compiling but for three different and unique artists. The choice for Markus Schulz, Gabriel & Dresden and Andy Moor couldn’t have been a better one. All three mixes stand for themselves, but build all together a great wonderful journey. For sure this edition can’t be compared with the first ISOS editions in the early 2000s, but that was not the goal. But exactly this decision, not to “imitate”, was the right one and this “comeback” was a great success! Check all details about the album here!

Paul van Dyk – Music Rescues Me
Paul van Dyk is truly on fire and delivers his second artist album within one year and overall his already ninth album. As I named “From Then On” already as one of my highlight albums in 2017, I was wondering what I could expect from a new album announced already after such a short period. It seems that Paul does not want to waste any time since his terrible accident back in 2016 and Paul does right. Following the already taken path of the last years, Paul has worked for “Music Rescues Me” with a lot of other artists. 12 of the 15 tracks are collaborations with known companions like Alex M.O.R.P.H., Jordan Suckley and James Cottle, but also new ones like Lostly and Saad Ayub. This short period between “From Then On” and “Music Rescues Me” did not hurt the result. The tracks are again melodic uplifting trance in its purest form without any experiments – simply what Paul does best. You can say… Paul is like a good wine… he becomes better and better with every year. Check all details about the album here!

Markus Schulz – We Are The Light
Three albums in three years… Markus Schulz is one of the most productive artists in the scene at the moment. After his amazing “Watch The World” album in 2016 and his “The Nine Skies” album under his alter-ego Dakota in 2017, I did not expect a new long player for 2018. But Markus delivered and surprised me with 17 amazing tracks – again a great mixture of instrumentals and vocals tracks. Without doubt one of the best albums in 2018 and perfectly rounded off by a second CD with additional acoustic of all tracks! Check all details about the album here!

ilan Bluestone – Scars
ilan’s debut artist album was definitely the long player I was most looking forward in 2018. After ilan’s album announcement in the beginning of 2017 and a release for autumn 2017, it needed 6 more months till the final release. But the wait was worth it. ilan stays true to the sound that i’ve loved and enjoyed over the last years from him. Overall ilan delivers a long player without fillers but only killers. The stomping melodic “TRONCE” sound of ilan pressed in 15 tracks (fantastic vocal tracks with Giuseppe De Luca, Koven and El Waves alongside amazing instrumentals) became one of my soundtracks of 2018. So damn good, ilan! Check all details about the album here!

Spencer Brown – Illusion Of Perfection
Oh what a ride… Spencer Brown’s debut artist album is everything but definitely not ordinary. Designed not only as an artist album but also as a mix-compilation, created Spencer an outstanding journey. Groovy, melodic and harmonic are all 12 tracks a proof, that Spencer plays in a league of its own. All 12 track together build one unique picture which resulted to the most listened album from me in 2018. The album title “Illusion Of Perfection” is not only a title, it’s a trademark for a journey into the wonderful world of Spencer Brown. Check all details about the album here!

Gabriel & Dresden feat. Sub Teal – Only Road (Cosmic Gate Remix)
Nic & Bossi have definitely nailed it with their interpretation of Gabriel & Dresden’s “Only Road”. Their Remix turned the more slowed down tempo original into a real club monster and became of the most played tracks in 2018 for me. The melancholic atmosphere is still close to the original, but with the driving bassline added by Nic & Bossi, it’s impossible to stand still when the track is played. Not for nothing Nic & Bossi received their first Grammy nomination for this amazing work. Check all details here!

Sunny Lax – Adapt Or Die
Hungarian powerhouse Sunny Lax has become a true favorite of mine over the last years and delivered also this year again a series of highlight tracks. Through this high amount of quality productions “Adapt Or Die” stands out with a melancholic ear catching melody and a driving base. This track already got me after the first and also after months of listening I am still not tired of this beauty. For me it’s already an instant classic and for sure on of the highlights in 2018. Check all details here!

ilan Bluestone & Maor Levi feat. EL Waves – Will We Remain?
“For sure ilan delivered an outstanding debut artist album in 2018, but through all these great tracks there was one special one… which let me skip back directly after the first listen, and skip back, and skip back… The vocals from EL Waves stay directly in your head and ilan & Maor have created an amazing arrangement which increases the energy of the vocals but does not suppress them. This track is my highlight track of ilan’s amazing album “Scars” and a must-mention for my highlight tracks in 2018. Check all details here!

Above & Beyond and Spencer Brown feat. RBBTS – Long Way From Home
The first collab from Above & Beyond since 2010 can’t be missed in this list… and what a beauty it is. What else could be meant as the beautiful “Long Way From Home” which was created together with one of the most rising stars in the electronic music scene, Spencer Brown. Spencer & Paavo created a beautiful track together which is perfectly accomplished with the vocals from RBBTS. Played by Paavo, Tony & Jono as opening track at Group Therapy 300, “Long Way From Home” became one the many highlights of their set directly from the start and is strongly connected for me with the magic atmosphere of ABGT300. Check all details here!

Armin van Buuren – Blah Blah Blah
For sure, there are seem to exist only two opinions about “Blah Blah Blah”… either you love it or you hate it! I decided to belong to the group of the lovers. But even if you belong to the haters, you have to admit, that Armin created once again one of the most discussed tracks of the year. This unique child chorus in the breakdown stays in your head already after the first listen and is for sure one most popular vocals in 2018! Well played, Armin… once again! Check all details here!

Jeffrey Sutorius
To be honest, Jeffrey can’t be really named as “breakthrough artist”. Nevertheless I can’t wait to see Jeffrey back again on stage after his split from Dash Berlin. And since I know that Jeff is back in the studio and also back on stage, I can’t wait to hear first results. The first half of 2018 we all noticed with concern how it became more and more quiet on the Dash Berlin socials and in parallel how the news about Jeffrey’s health increased. The official statement about the split marked a turning point and the announcement about the comeback under his own name a liberating reboot of his career as musician. I definitely want to hear more of Jeffrey in 2019!

Mike Saint-Jules
Mike is for sure a long time favorite of mine and I am a huge fan of his Interstellar Mixes. But especially his outstanding releases in 2018 on FSOE Parallels (“Phoebus” and “Beacon”, which was also featured on In Search Of Sunrise 14) and Pure Trance Progressive (“Parachuting”, also featured on Pure Trance 7) have raised my attention to him even more. I am really looking forward to hear more of his melodic progressive stuff in 2019.

Iversoon & Alex Daf
Oleksandr & Volodymyr aka Iversoon & Alex Daf can look back to a really great year 2018. With wonderful releases on Grotesque Music, High Contrast & Flashover the two sympathetic Ukrainians reached a totally deserved higher audience. I had already the chance to listen to some upcoming stuff and I am absolutely convinced that 2019 will become even bigger for Iversoon & Alex Daf. And what could be a better start into 2019 as to have Iversoon & Alex Daf back as guests for “Enter The Arena”. Excited? 😉

Josh Bailey
It was a quite productive year 2017 for Josh Bailey with releases on Statement!, AVA Recordings, Elliptical Sun Recordings & OHM Music and a beautiful fusion of harmonic melodies and progressive beats. In the first half of 2018 it became a little quiet around Josh Bailey. With “Pari” and “Jaiya” in the second half of 2018 – released both on OHM Music – the “Josh Bailey” train took off again. And for 2019 Josh already announced new music and Josh, I take you at his word. 😉

Rolo Green
New Zealand producer Rolo Green cast a spell on me in 2018. His track “Penrith”, released on his own imprint Greenstone, is for sure one of my highlight tracks of 2018. Alongside with great releases on Anjunabeats, Enhanced Music, Zerothree Music, Black Hole Recordings and Avanti, Rolo had an impressive output in 2018. I am curious what you bring for us in 2019, Rolo.

What additional will we keep in mind for 2018?

Ferry Corsten’s “Unity” launch & “System F” comeback
It was a productive year again for Ferry and with the launch of his UNITY project he created one of the musical cornerstones of 2018. UNITY is focused on the idea that trance music “UNITES” to help a cause! This collab series with other artists is the main idea. Parts of the proceeds from the UNITY will be used for educational purposes for music schools, through a partnership with VH1’s “Save The Music” foundation. The first five collabs are published with wonderful names as Paul Oakenfold, Dim3nsion, Jordan Suckley, Saad Ayub and ilan Bluestone and I am really looking forward for many more. Read all about UNITY here!

But UNITY was not the only highlight Ferry was responsible for. On Dreamstate SoCal Ferry played the first official show as System F for years. For this show he re-mastered every wonderful classic, we all love so much from his iconic alias. I can’t wait to see him live again as System F in 2019! Read all about the System F Comeback here!

RIP Avicii
For sure Tim Bergling aka Avicii was not a Trance Artist, nevertheless Tim was one of the most influential artists of the Electronic Music Scene and his music shaped the past years. Unfortunately Tim passed away this year on Friday, April 20th. He became only 28 years old. In his 12 years long career Tim released 2 artist albums and countless hit singles. For sure Tim is one of the most important Deejays who ushered electronic music into Top 40 radio in the early 2010s and helped to increase the audience for electronic dance music in general. Tim retired from touring in 2016 due to health problems. On April 20th 2018, he was found dead in Muscat, Oman. We will miss you, Tim! RIP!