Home » Blog » 5 Artists who are missed in the Trance scene…

5 Artists who are missed in the Trance scene… 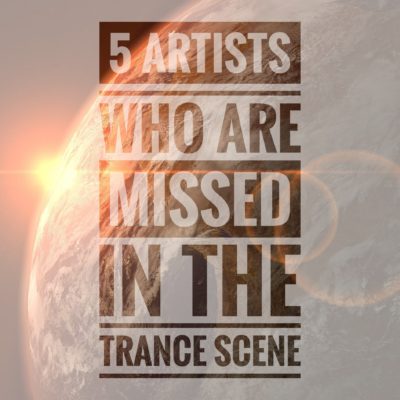 Let’s take a look together back into Trance History. In this long till the beginnings of Trance Music in the early nineties a lot happened. Trance became faster, slower and faster again. New styles were created, new sub-genres defined and the result is this wonderful range of music, Trance stands for these days. In this time a lot of new artists (deejays and producers) came into the trance music scene and there are artists like Ferry Corsten or M.I.K.E. who are still active since the nineties and produce great music. 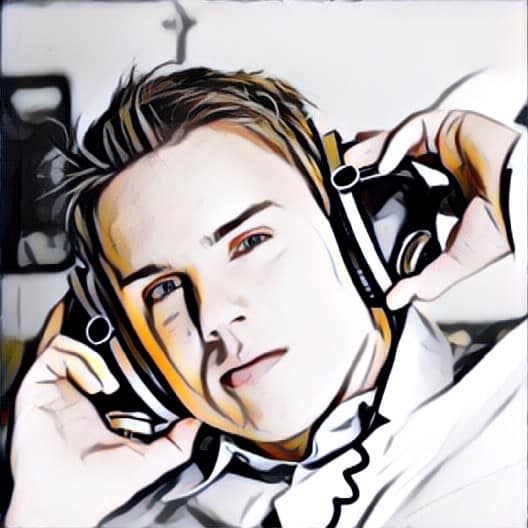 Kai Tracid was born January 17th 1972 and is a German trance music producer and deejay. He had his most successful time in the trance music scene between 1998 and 2003. In this time he released three artist albums and a wide range of great singles. His sound was a wonderful fusion of acid elements, ear-catching melodies and vocals.

His name was the perfect description for his unique sound, as the name “Tracid” was originated from the combination of the two music genres trance and acid. Kai had his first commercial success with the release of “Your Own Reality” in 1998. “Dance For Eternity” and “Liquid Skies” followed this first success and culminated in his first artist album “Skywalker” in 1999.

Since 2000 he released his music via his own label “Tracid Traxx” which was also home for artists like A*S*Y*S (his collab project together Thomas P. Heckmann), Warmduscher, Hennes & Cold, Derb, Thomas P. Heckmann & Oliver Klitzing.

His greatest success had Kai in 2001 with the singles “Too Many Times” and “Life Is Too Short”, followed with his second album “Trance & Acid” in 2002. His third artist album “Contemplate (The Reason You Exist)” in 2003 could not build on previous successes and Kai began to focus on other projects and music styles.

In 2006 Kai announced a musical change and a new album titled “Immortal – Studioworx 2003-2006”. But this announced album has never been released. In present Kai Tracid is more active again and plays on a lot of revival and classic parties. In 2014 he released also a new track together with York called “This is what its all about”.

But till today the name Kai Tracid will be closely connected with the trance music scene from 1998 – 2003! 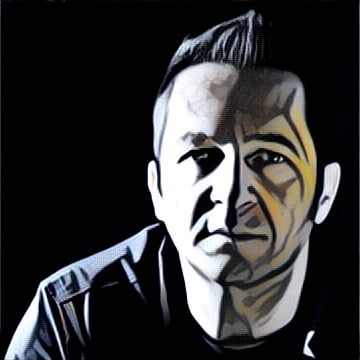 Mauro Picotto was born December 25th 1966 and is an Italian electronic music producer and deejay. Between 1998 and 2002 Mauro became well known as solo artist with a unique mixture of hard techno drums along with trance breaks and melodies. The new sound had a huge impact to the trance scene and established a variety of new styles and influences.

It all began 1998 with the release of the gatecrasher anthem “Lizard (Gonna Get You)”. The track ended up being a Top 30 hit in the UK and was the beginning of the so called reptilian trilogy. Followed by “Iguana” and “Komodo (Save a Soul)”, resulted the finish track of the trilogy in the highest UK chart position of his career – number 13.

Alongside with remixes for names like York, Tiësto, Blank & Jones, Mario Più and Ferry Corsten, several hit releases under pseudonyms like CRW (who remembers “I Feel Love”?), Megavoices, Megamind and RAF, Mauro released also two artists albums in this time.

In 2002 Mauro left his label Media Records and concentrated in the following years on his techno sounds. Still today Mauro is one of the most important names for the trance scene from 1998 – 2002. 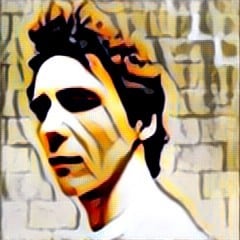 Vincent de Moor was born December 05th 1973 and was a Dutch trance producer.

Already releasing music since 1993 under aliases like “Fix To Fax”, “Sidewalk” or “Outline” (just to name a few), he began to use his real name for his music in 1996.

His breakthrough track, using his own name, was “Flowtation”. Many other great singles like “Shamu”, “Between 2 Fires” and “Eternity (Forever)” followed. Till 1999 he released also two artists albums (“Orion City” and “Moor”) as Vincent De Moor.

But his most successful time as trance artist was still ahead of him. With his collaboration with Ferry Corsten together as Veracocha he released in 1999 one of the biggest trance classics till today… “Carte Blanche”. This track reached #22 in the UK, which was really impressive for an instrumental track. In 2001 he released with “Fly Away” his most successful single under his own name, which reached #30 in the UK.

In the following years Vincent began to release more and more music using pseudonyms. The most remarkable moniker is for sure “Questia” with the tracks “Crystal Clouds” and “Nexus Asia” in 2003.

Today he’s no longer active in the music industry. Vincent is a private person and not much is known about his personal life and career. 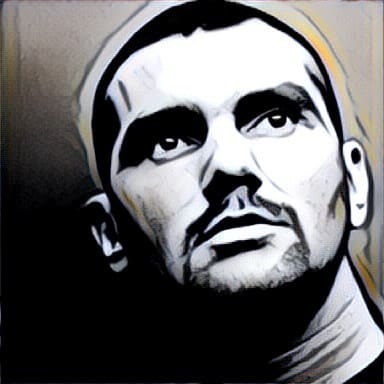 Yves Deruyter is a Belgian producer and deejay and without doubt he can be described as one of the pioneers in the Trance History.

Yves started his career as deejay already in 1985. In 1991 he began also to produce electronic music and got signed to Bonzai Records. The first singles “Animals” and “Rave City” became directly hits and with his third single “Calling Earth” (released in 1994) he did not only continue this success, he created one of the biggest classics in the trance music genre. Many other classics should have follow.

In addition to releases under his artist name, Yves began to publish under the alias “Cherrymoon Trax” (named in honor to the club Cherry Moon near Ghent in Belgium, where he was resident during this time). The most popular releases are for sure “In My Electric House” (released in 1996) and “The House Of House” (released in 1994). Especially “The House Of House” is still played by many deejays – not only in revival sets.

In the long list of classics, Yves produced during this time, “Final Fantasy” has to named for sure. Yves released this track together with Mike M.I.K.E. Dierickx under the alias “Extreme Trax”.

A lot of great releases and two artist albums followed till 2004 on Bonzai Records, but the name Yves Deruyter is strong connected with his huge amount of trance classics in the nineties.

In 2007 Yves released a “greatest hits” album, which was his last official release. Today Yves is not active anymore as producer, but still a well booked deejay and can be found especially on revival raves and parties.

Missed in the Trance scene… Tiësto 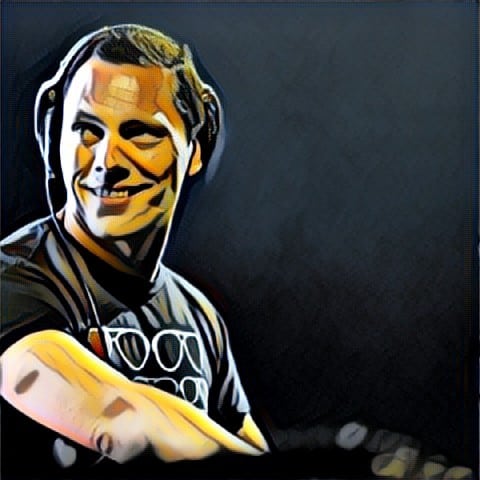 In our list of artists we would love to see again in the trance scene, one name does not have to miss. For sure we have to name Tijs Michiel Verwest better known as Tiësto!

Born January 17th 1969, Tijs began already with fourteen to deejaying at school parties. Till 1994 Tijs had residencies in several clubs in the Netherlands before he began to produce and release the first tracks (mainly hardcore in the beginning).

The main success story we know Tiësto today for started in 1997 with the launch of the parent label Black Hole Recordings together with Arny Bink. Tiësto started on his new label his popular Magik series (a mix-compilation which reached till 2001 seven installments) and also created two major sub-labels: SongBird and In Trance We Trust.

Next to his label work and releases under his own name, Tijs began to collaborate with many other artists under different project names. The most popular project was for sure “Gouryella”, which was in the beginning a collab from Tijs and Ferry Corsten. Their first track, also called Gouryella, was released in May 1999 and became a huge hit scoring various chart positions around the world. Projects with Benno de Goeij as “Kamaya Painters” and Armin van Buuren as “Alibi” and “Major League” followed.

In November 1999, Tijs released the first installment of the famous “In Search of Sunrise” mix-compilation series. In this time Tiësto was very productive still under his own artist name. In 2000 his remix of Delerium’s “Silence” was released, which spent four weeks in the UK’s Top Ten chart and reached number three in the Billboard dance chart. Still today is his interpretation one of the biggest vocal classics of alltime.

All activities from Tijs leaded in 2001 in his first artist album “In My Memory”, which can be described as a true milestone in trance history. At least four tracks of the album must be named as alltime classics in trance history: “Lethal Industry”, “Flight 643”, “Suburban Train” and of course the title track “In My Memory”.

His fame continued to increase for then known he has in the early 2000s, following his six-hour “Tiësto Solo” sets which he performed without other deejays or opening acts. This idea, of one deejay playing alone to a large crowd was new. Tiësto was the first deejay to hold a solo concert in a stadium (on May 10th 2003). He performed for 25,000 people in Arnhem’s GelreDome (later called Tiësto in Concert).

In 2004, Tijs released his second artist album “Just Be”. Featured on the album was “Traffic” which was the first non-vocal track to reach the number one spot in the Dutch national charts for 23 years. Tracks from the album like “Forever Today”, “Adiago For Strings” or “Just Be” have to named in the long list of Trance classics, Tiësto stands for. In the same year Tiësto performed at the opening ceremony of the Olympic Games in Athens, making him the first deejay to play live on stage at an Olympic Games.

His third artist album “Elements of Life” followed in 2007 which can be described as his last mainly trance album. Tiësto’s fourth studio album “Kaleidoscope” (released in 2009) explored other electronic genres, and is considered Tiësto’s most experimental album. The release his a greatest hits album “Magikal Journey: The Hits Collection 1998–2008” in 2010 can be described may be as the official ending of Tiësto’s participitation in the trance scene. Tiësto’s focus as producer and deejay went to other electronic music styles. In the same year Tiësto confirmed that he would no longer have any more involvement with Black Hole Recordings.

No other artist had such an impressive influence on the trance music scene like Tijs had during this time. Still today a lot of his tracks and remixes are played on parties. If you listen to Trance music you can’t ignore the genius productions of Tijs Michiel Verwest. And may be, there will be a return sometime.

Tagged  A*S*Y*S, Allure, Black Hole Recordings, Bonzai Records, Cherrymoon Trax, Extreme Trax, Gouryella, In Search Of Sunrise, Kai Tracid, Mauro Picotto, Questia, Tiesto, Tracid Traxx, Veracocha, Vincent De Moor, Yves Deruyter.
Bookmark the permalink.
We use cookies to ensure that we give you the best experience on our website. If you continue to use this site we will assume that you are happy with it.OkNoRead more