Above & Beyond – Acoustic II 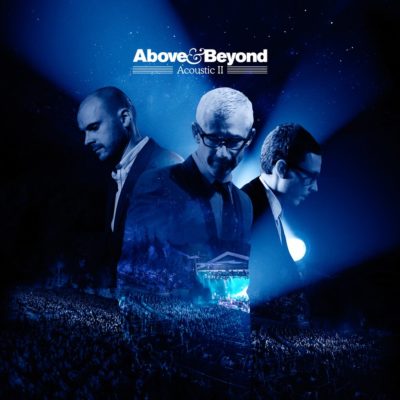 Above & Beyond are a phenomenon unlike any other in dance music. Grammy-nominated songwriters, they are the only British dance act to sell out Madison Square Garden as DJs, and yet are about to take an 18-piece band set up on a sold out tour of the world’s most iconic concert halls: including London’s Royal Albert Hall, Sydney Opera House and Hollywood Bowl to name just three.

A show described by Billboard as “one of the finest in dance music history”, the tour – and accompanying Acoustic II studio album – represents yet another against-the-odds landmark in the unique story of Above & Beyond. Venues that normally take years of hard touring to reach are sold out on only the band’s second acoustic tour – you are left wondering: just how do they do it?

The secret is in the songs. Sung back at them by thousands at their celebratory DJ sets, Above & Beyond’s tales of life, love and loss have soundtracked weddings, proposals, hikes up Everest, marathons and funerals – stories which are tweeted and emailed in to A&B HQ each week. The lyrics have been plastered on festival signs, provided solace for fans in hard times and have been tattooed with pride by thousands of fans.

Following last year’s critically acclaimed electronic album, “We Are All We Need”, Above & Beyond’s “Acoustic II” revisits several of the best loved songs from that album and as well as classics from Above & Beyond’s wide back catalogue and reworks them for concert halls rather than clubs; breathing new life and context into them.

Under the supervision of musical director Bob Bradley, the legendary trio have reworked a total of 13 tracks into rich, string-laden band arrangements that reference Portishead, Angelo Badalamenti and movie soundtracks with a uniquely Above & Beyond idiosyncrasy.

Reaching back into their individual musical histories, each member of Above & Beyond performs different parts of the arrangements, including Jono on Rhodes, Tony on guitar and vocals, and Paavo on grand piano. Celebrated A&B collaborator Zoë Johnston sings on re-imagined dancefloor anthems like “We’re All We Need” and “Alchemy”, and is joined by a host of other contributing vocalists from Above & Beyond’s past and present. Completing the ensemble, string quartets and percussion sections provide a big room feel of a completely different kind.

Tagged  Above & Beyond, Acoustic II, Anjunabeats.
Bookmark the permalink.
We use cookies to ensure that we give you the best experience on our website. If you continue to use this site we will assume that you are happy with it.OkNoRead more