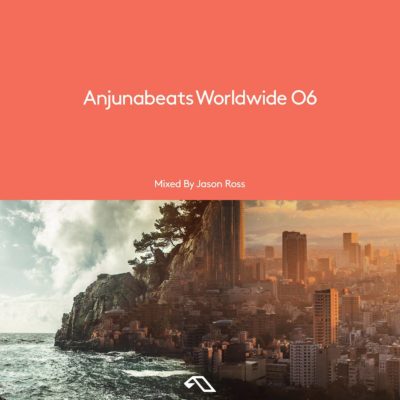 Jason Ross, Anjunabeats latest star talent, has been selected to host the 6th Edition of the esteemed Anjunabeats Worldwide mix series. The mix will be released in July, followed immediately by his first solo headlining tour across North America that will run through the fall.

Immediately identified by Above & Beyond after his first hit release, “Burma”, Jason has grown into one of the most promising young talents in dance music. In the past year alone, Above & Beyond, Kaskade and Seven Lions have all been major supporters either through remix collabs or mashups, plus his support list goes far beyond from Tiesto to Paul van Dyk to Anjunabeats stars ilan Bluestone and Andrew Bayer.

“Anjunabeats Worldwide 06” is packed end to end with smash hits, most having never been heard before. In addition to Jason’s next big single release, “Me Tonight”, which features the vocal work of Lauren Ray, the mix chief also has two collab tracks with his friend and labelmate ilan Bluestone, “Amun” and “Meta”. Jason also has two huge remixes to share, one of Arty’s “Glorious” and the other of Seven Lions’ smash “Creation”.

Other high-profile collabs also abound on this mix, ilan Bluestone and Grum have teamed up for a tune, Andrew Bayer and Arty have created a crusher of their own, while Fatum and Judah have a special versus creation in there as well. The beloved collaboration between Tony McGuinness, Jono Grant, Paavo Siljamaki and Justin Suissa will also see inclusion, with the most recent OceanLab tune “Another Chance”. Maor Levi will contribute another classic Anjunabeats banger in ‘Universal,’ plus mainstays Genix, Sunny Lax and Kyau & Albert.

Get your copy here:
http://anjunabeats.lnk.to/Worldwide06ar

Tagged  Anjunabeats, Anjunabeats Worldwide, Jason Ross.
Bookmark the permalink.
We use cookies to ensure that we give you the best experience on our website. If you continue to use this site we will assume that you are happy with it.OkNoRead more