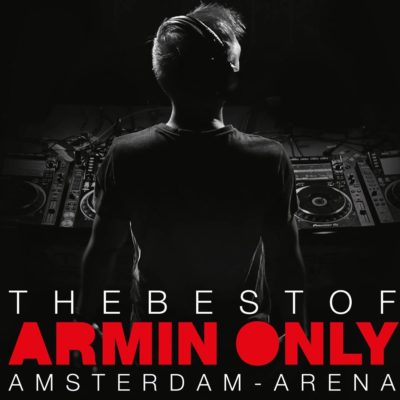 With six full-length artists albums, one Grammy nomination, his 800 episodes reaching radio show “A State Of Trance”, more than hundred “Armin Only” Shows, multiple treks around the world, Armin van Buuren’s career is more than only impressive and will reach its 20th anniversary in 2017.

To commemorate this special milestone in his music career, Armin announced a special “The Best of Armin Only” show set for May 13th 2017.

With this special show Armin will return to his stomping grounds, but in style… at the Amsterdam ArenA (his first solo show at the famed venue)!

This “The Best of Armin Only” will a retrospective performance looking back to 20 years in the music industry for Armin van Buuren!

In his Announcement Armin says: “I feel blessed with such an incredible fan base, and wherever the destination, you have always been there for me. This show brings everything together for me. It is a milestone to celebrate the highlights of all these past years: with my beloved fans, in my own country, in the Amsterdam ArenA. It is going to be a night to remember forever.”

With his biggest solo show to date Armin wants to throw back his fans back to an earlier time of his productions while still keeping his current sound in the mix.

This one-off event’s pre-sale will begin on November 17th 2016 with an exclusive registration period. You can now register for this period on https://www.arminonly.com!

Tagged  Armin Only, Armin van Buuren, The Best of Armin Only, TheBestOfAO.
Bookmark the permalink.
We use cookies to ensure that we give you the best experience on our website. If you continue to use this site we will assume that you are happy with it.OkNoRead more