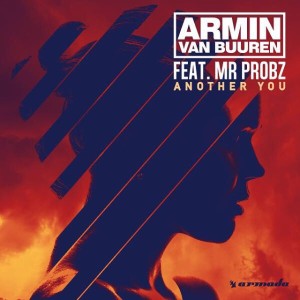 Armin has joined forces with multiplatinum singer-songwriter, rapper and producer Mr. Probz to create ‘Another You’, the first single from Armin’s forthcoming full-length studio album, to be released this fall.

Armin first met Mr. Probz last year at the Buma Awards in the Netherlands where Armin received an award for most-played song on Dutch radio. At the time, Mr. Probz’s “Waves” had just been released and was already exploding in popularity worldwide. The two remained friendly and by the summer of 2014, Mr. Probz found himself in Armin’s recording studio. There he played Armin a short, rough version of what would later become “Another You”, co-written by Niels Geusebroek. Armin and his production partner, Benno De Goeij, began working the clip into a song. Additional vocals were recorded with a live orchestra and the song was completed in February 2015.

Said Armin, “It’s really great when I’m able to vibe with ‎another artist like I did with Mr. Probz on ‘Another You.’ We’re so different musically and I think we each bring unique strengths into the studio and as performers, and that’s what makes ‘Another You’ so special. Hope people like it!”

The Radio Edit of “Another You” instantly grabs the listener with the first strummed chords until Mr. Probz’s irresistible vocal enters with its uniquely gravelly timbre. Armin worked the song’s hooks and impeccably timed builds and drops to leave the listener no choice other than to throw both hands firmly in the air. The Mark Sixma Remix of “Another You” takes the radio-friendliness of Mr. Probz’s vocal and twists it into a monstrous track positively begging to be reigned down upon the happy, sweaty summer festival masses. The massive, climactic crescendos on this edit set the listener alight on euphoric wings of sonic bliss. One can readily imagine a festival crowd; thousands of people all jumping in unison at the chorus. This version is the Original Radio Edit turned on its side with a dose of red habanero pepper sprinkled on top.