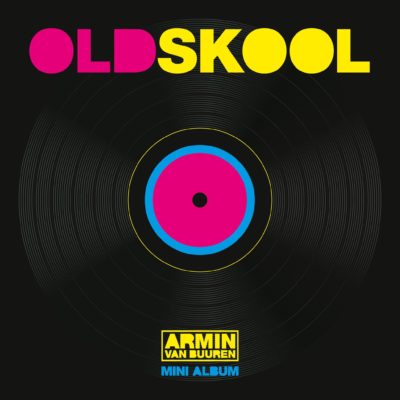 Though few fans would’ve expected Armin van Buuren to deliver an entire mini album so soon after the release of his sixth artist album “Embrace”, the concept didn’t exactly come out of nowhere. “Embrace” featured a track called “Old Skool” and the tracks comprising the mini album are all part of Armin van Buuren’s ongoing “Armin Only Embrace” world tour.

Simultaneous with the start of the “Old Skool” mini album pre-order, Armin van Buuren’s version of dance classic “Dominator” has also been unleashed. “Dominator” was originally put out by Dutch dance act Human Resource in 1991 and Armin van Buuren’s rendition proved one of the most recognizable records in his live sets over the past few months, with plays on major festivals such as Ultra Music Festival Miami, The Flying Dutch Amsterdam, Ultra Music Festival Korea, EDC Las Vegas, and more.

Additional to “Dominator” the “Old Skool” mini album features Armin van Buuren’s versions of world-renowned dance classics such as “The Ultimate Seduction”, “The Pull Over” and “Quadrophonia”.

Get you copy here:
https://armd1284.lnk.to/DominatorWA

Tagged  Armada Music, Armin van Buuren, Old Skool.
Bookmark the permalink.
We use cookies to ensure that we give you the best experience on our website. If you continue to use this site we will assume that you are happy with it.OkNoRead more