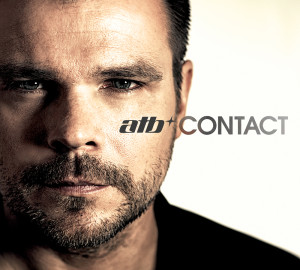 There are not too many artists who can claim to have a significant influence on the dance scene today – the sheer volume of output from countless producers has made it that much more difficult. Andre Tanneberger aka ATB has been doing his own thing for some 15 years now, beyond the constraints of trends and fashions. He may not have a secret formula, but he certainly is one of those artists who defies categorization.

He draws on his worldwide tours as inspiration for new tracks, his music is the language he uses to communicate and stay in contact with his fans around the globe. CONTACT is the word of the moment, a fitting title for what is ATB’s ninth studio album – CONTACT will be released on the Kontor Records label on 24th January 2014.

“CONTACT is a musical collection of my experiences and travels from roughly the last three years, since my last album DISTANT EARTH,” Andre Tanneberger explains. “I’ve covered a lot of miles again in this phase, sought out contact with fantastic, inspiring people, which made the choice of album title almost inevitable. It’s the contact, the interaction with the fans which makes my music what it is, especially when it comes to performing. It doesn’t matter whether I’m playing a club gig or a festival, it is really important for me to get close to my crowd and engage with the audience directly. It’s an exchange of emotions and energy, they feel what I feel, I feel what they feel. They are an integral element in what I do and what I have now created in album form.”

Tradtional songwriting is a highly valued part of the process for Andre. Not for him a simple selection of sound structures, synths and noise, but personal music, created in collaboration with other singers and songwriters, committed to paper and then developed meticulously with typical ATB sounds.

“Sadly, electronic music often has a tendency to sound too impersonal, too rational. Hard and danceable, that’s all. For me, I want to convey emotions, so I consciously begin with the tradtional songwriting process, in fact it is crucial.”

The result, 26 brand new ATB tracks, presented on two CDs and graced with an impressive array of vocalists, some familiar from earlier ATB releases, others brand new recruits to the project: Stanfour, Sean Ryan, Boss and Swan, Jan Löchel, Taylr, Vanessa and JES.

“I have been in contact with JES for quite a while now. We kept seeing each other at gigs and wanted to write together. Finally we managed to do it. JES has such an impressive voice and she has a great personality with a distinct musical character, which I really like.”

Andre somehow manages to walk the fine line between progressive development and reinvention of his musical character on each of his albums, whilst remaining true to his own inimitable style, a quality which is dear to his heart.

“One of the great new discoveries for me on this album is Boss and Swan. I heard one of their tracks quite by chance on an in-flight movie soundtrack on the way back from Asia and spent the following days tracking them down. When I found out that their music had not actually been released, I spontaneously flew them in from Canada to Germany and we spent a week collaborating in the studio. They are brother and sister and unbelievably talented. What we came up with together is simply amazing.”

If the first half of the album underlines Andre’s passion for brilliant voices, combined with sophisticated beats and pulsating sounds, it leads into a more contemplative second half, where emotional soundscapes reveal the quieter side to CONTACT.

“CD 2 on my albums is renowned as the setting for my ambient tracks. I love working on these songs, which usually come to life in the more peaceful moments of my day, or rather the evening. I sit down in my smaller second studio and simply start to play. It’s as if I immerse myself in a different world where I can forget the thought processes and worries of everyday life. If my tracks can have the same effect on the listener, either in dance or ambient mode, then I have succeeded.”

CONTACT will be out on January 24th, 2014 on Kontor Records!

The album will be available as 2CD-Standard, 3CD-Limited, Deluxe Box & Download!

Wanna get a impression what you can expect? Listen here to the CONTACT minimix!