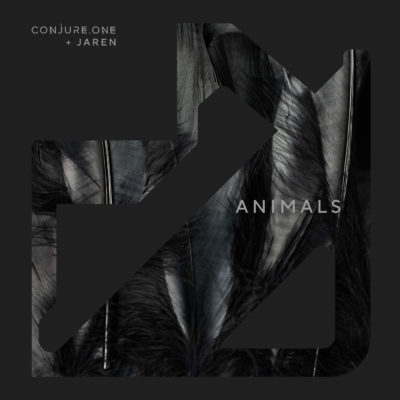 Rhys Fulber may not make them all that often, but when he does, they’re never less than extraordinary. Having had the Conjure cause on pause since the “Holoscenic” LP six years back, he’s now set to affect a frontline return for his celebrated alter ego. With a release force that – further into 2021 – will see the arrival of his fifth artist album, Conjure One’s ready to speak again.

For a production as uniquely enthralling as “Animals”, Rhys has sought out an equally individual vocal & lyrical style for it. Continuing a history of collaborating with fellow Canadian denizens (which famously began with Sarah McLachlan on ‘Silence’), it’s brought him to Jaren’s door.

Unsurprisingly the combination of his auteur-like sensibilities and a singer who – like Fulber – only writes when she has something significant to say – has created a lightning strike of a track. For his part, Rhys has created one of his most floor-flooring C.O. productions to date, setting its sombre, ethereally signalling bleeps off against urgent breakbeat surge and brilliantly charged synths.

Catching its tonal drift, Jaren’s verses pick up on the nuance bound into its opening elements, in turn allowing full reign to her extraordinary range. Her song – rich in metaphor, peaks with a chorus that leaves the meaning of the titular creatures implicitly, but engagingly open.

Take a listen to Conjure One & Jaren – Animals here: