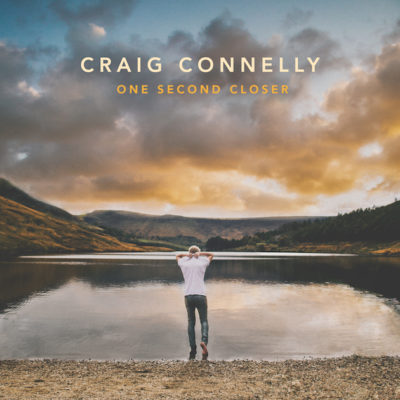 “The journey on the album is as much about the listeners’ experience as it was my journey in creating it”, says Craig. “Every single track was created to draw you into a sense of real meaning and human experience.”

With 12 new tracks, including singles with Christina Novelli, Gavin Beach, Jessica Lawrence and Sue McLaren, “One Second Closer” delves deep into a medley of vocal Trance, Progressive House and pop, showcasing Craig’s immaculate production and songwriting skills through a variety of melodic dance tunes that inspire from day to night.

“One Second Closer” marks a new chapter in Craig’s career, as he launches Higher Forces Records, an independent label “with a music-first A&R policy focused on only the most moving and authentic records.” Along with the label, Craig will be curating “Higher Forces Radio,” a new podcast featuring the newest and best sounds in Trance, House, Techno and everything in between.

Craig Connelly’s debut artist album “One Second Closer” is out on the 24th of February 2017!

Get your copy here:
http://www.craigconnelly.net/

Tagged  Craig Connelly, Higher Forces Records, One Second Closer.
Bookmark the permalink.
We use cookies to ensure that we give you the best experience on our website. If you continue to use this site we will assume that you are happy with it.OkNoRead more