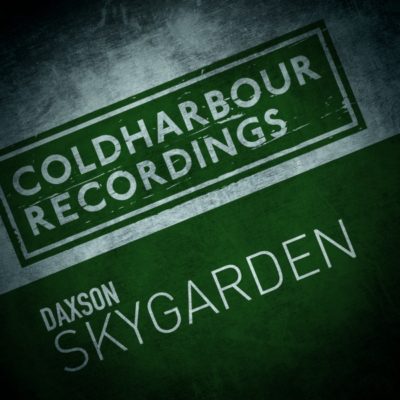 Among a plethora of emerging trance talent from the UK, Manchester resident Dan Dobson dons a new, signature alias entitled Daxson, and makes his Coldharbour Recordings debut in the process through Skygarden.

Sent to Markus Schulz as a demo only days prior to Amsterdam Dance Event and the annual Transmission festival in Prague at the tail end of 2016, Skygarden immediately became part of the label owner’s thinking. The reaction when debuting the track to the world on the night was spectacular, and was much sought-after ID on Global DJ Broadcast for the entire winter season.

An aggressive lead with a dark and uplifting touch, this is an essential anthem for trance DJs and listeners alike. An impressive Coldharbour debut from Daxson.

Tagged  Coldharbour Recordings, Dan Dobson, Daxson.
Bookmark the permalink.
We use cookies to ensure that we give you the best experience on our website. If you continue to use this site we will assume that you are happy with it.OkNoRead more