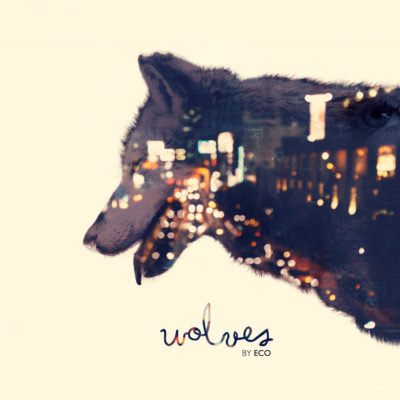 If it feels like Eco has fallen somewhat release-quiet of late, well it’s not without good reason. Until a few years ago a veritable dynamo, no trance season was quite complete without a complement of his singles. As quixotically beautiful as their titles were intriguingly cryptic & enigmatic, “The Light In Your Eyes Went Out”, “Walkabout”, “A Million Sounds, A Thousand Smiles”, “Staring At The Sea” and dozens of others came to rank amongst trance’s most imaginative and esoteric.

At that point Eco all-but shut off his release tap. Feeling disillusioned with the direction the music in the scene was heading, he resolved to do something about it. Eschewing his singles route, he stowed himself and set to work creating a longplayer that had a different (and some might say more complex) purpose. In perhaps the most extraordinary manner imaginable, the summation of those 3 travail-filled years arrives this October, via the release of “Wolves”.

If there was one artist operating in the trance field that was going to take a more introspective, existential route to their first longplayer, it was likely him. Concept albums come in many forms, but few – if any – start with the publication of a book. For October 14th sees not only the release of “Wolves” the album, but also “Wolves” the paperback.

Most albums have “a story”, but perhaps not to quite the same degree as Eco’s “Wolves”. Dealing with (as the New Jersey-ite puts it) “a child who is no longer satisfied with the time & place he finds himself in and decides to embrace wilderness”, it is, in part, an allegory of his disillusionment. Moreover though it’s a concerted attempt to confront it and improve it.

Musically, the album tracks the arc of the “Wolves” novella. Reading at roughly the same pace as it (pause-free) plays, its titles, music and lyrics, in effect, “illustrate” the book. Using the wolf motif, it deals with the highs, lows, and varying trials and tribulations the boy faces. In doing so, it provides a rarely – if ever before – experienced adjunct to a music album. While the story is personal to Marcello, it’s also one that will very likely resonate with fans within the scene.

To further the album’s Odyssey-like journey to completion, Eco picked up and learnt instruments he’d never previously touched (most notably, the guitar, which is prevalent in several tracks). He was also intimately involved in all facets of the concept album: writing song lyrics, creating the artwork and clothing line, as well as curating the accompanying films, and working closely with the author of the written story. Musically, this album saw him collaborate with a wide range of talents (with artists such as Driftmoon, Jennifer Rene, Gordana Markovic, Chris Severe, and Ariah Noetzel). More often though – as the absolute master of “Wolves” destiny – he took its work upon himself.

The result is a release the likes of which has never been seen before, or may ever be again. 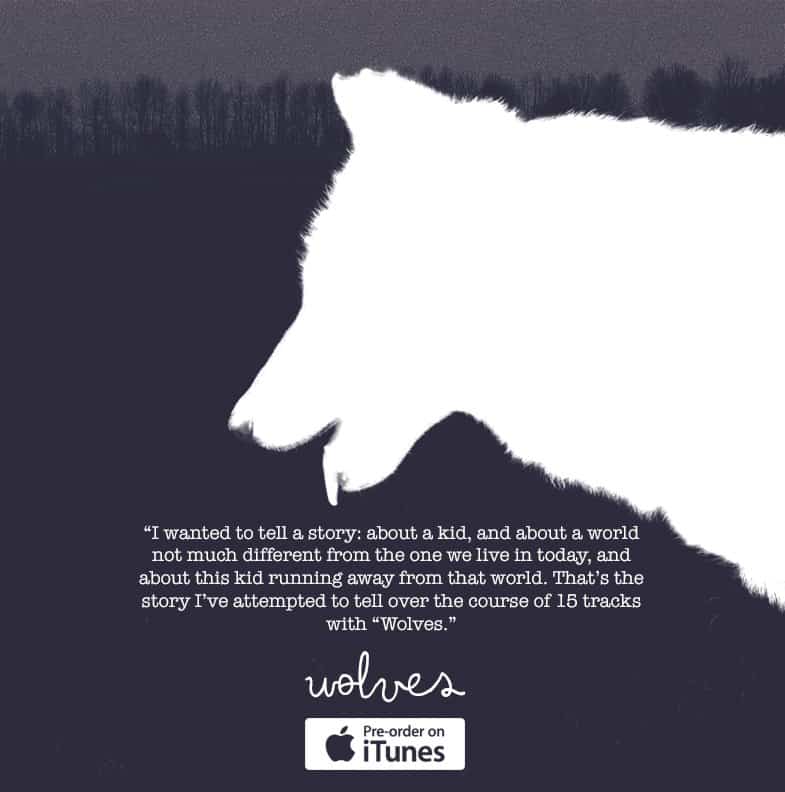 Tagged  Ariah Noetzel, Black Hole Recordings, Chris Severe, Driftmoon, Eco, Gordana Markovic, Jennifer Rene, Wolves.
Bookmark the permalink.
We use cookies to ensure that we give you the best experience on our website. If you continue to use this site we will assume that you are happy with it.OkNoRead more