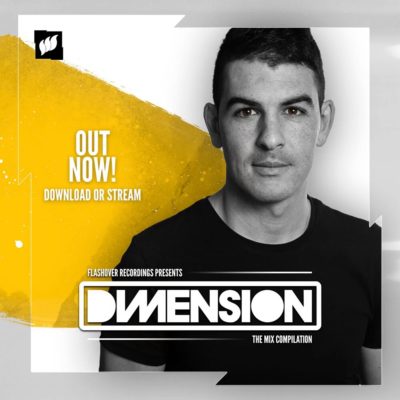 Following the successful 2015 with chart-topping tracks and performances on some of the world’s biggest stages, Spanish trance deejay & producer Borja Iglesias has released his first-ever mix compilation.

Since signing to Ferry Corsten’s label in 2010, Dimension has built his portfolio of impressive achievements including last year’s single “Origami” which reached #1 on Beatport’s trance chart and Markus Schulz dropping his massive 2015 track “Cima” during on the Tomorrowland mainstage. The rising star has won the praise of trance stalwarts including Armin van Buuren, Paul van Dyk and Tiesto via releases on labels including Armada and Flashover.

Flashover Recordings presents Dimension – The Mix Compilation is out on July 01st 2016!

Tagged  DIM3NSION, Dimension, Flashover Recordings.
Bookmark the permalink.
We use cookies to ensure that we give you the best experience on our website. If you continue to use this site we will assume that you are happy with it.OkNoRead more