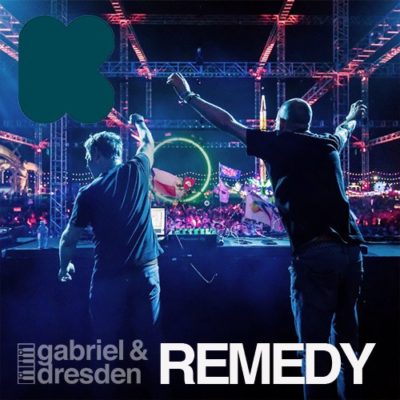 In 2016, Gabriel & Dresden launched for the first time a campaign on Kickstarter. The result is for sure well known to all of us – it’s the beautiful long player “The Only Road”, which was finally released on Anjunabeats.

For thair new album “Remedy” Josh & Dave have decided to go this way again. The Kickstarter campaign is online and comes along with some really great packages.

Josh & Gabriel about their new album plans: “This new album, which we are calling “Remedy”, will feature electronic songs with raw emotion and drive. We’ve learned so much over the last year and will take those lessons from the dance floor and apply them in the studio.

We’ll be partnering with Anjunabeats for the commercial release of “Remedy” next year. Writing and producing “The Only Road”, we were able to take months off from touring, locked ourselves away in the studio to make the music we wanted to share with you. This album is no different. In fact we plan on adding 3 extra months to the production process and during that time we will also be preparing to bring Sub Teal to sing live on our next tour. Having your support allows us to dedicate ourselves so we can make the best music possible.

Check the campaign on Kickstarter: https://www.kickstarter.com/projects/637707927/gabriel-and-dresden-remedy-new-artist-album

Tagged  Gabriel & Dresden, Kickstarter, Remedy.
Bookmark the permalink.
We use cookies to ensure that we give you the best experience on our website. If you continue to use this site we will assume that you are happy with it.OkNoRead more