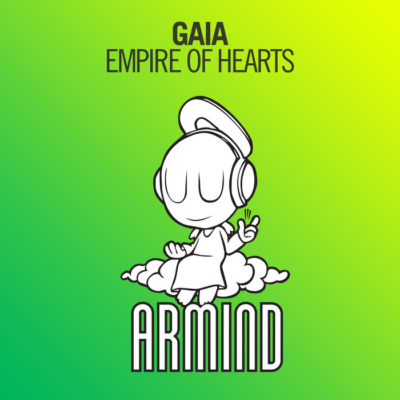 One of the long awaitest releases is finally here. With Gaia Armin has created a brand for unique trance anthem and also “Empire Of Hearts” is outstanding. With a continous evolution of the Gaia sound Armin re-inventes the Gaia brand with every track without loosing his roots. “Empire Of Hearts” is the perfect festival anthem trance directly made for the peak time!

Armada says abotu the release: “First played during his Armin Only – Intense shows in Amsterdam, the long-awaited new Gaia tune remained a secret for months, leaving the fans guessing for months until he finally alleviated their growing anticipation.

At A State of Trance 650 in Moscow, he revealed ‘Empire Of Hearts’, and its impact has been unreal. The follow-up to ‘Stellar’, ‘Aisha’, ‘Humming The Lights’, ‘Tuvan’ and the early classic ‘4 Elements’ is every bit unique, carrying that special Gaia sound. It lures in the masses, and takes you when you least expect it.”

Grab your Copy at Beatport:
http://www.beatport.com/release/empire-of-hearts/1245590

Take a listen to the track here: