In Conversation With… John 00 Fleming 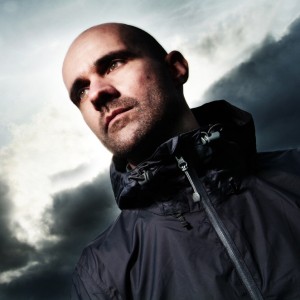 On June 22nd 2015 John 00 Fleming released the second in his ‘JOOF Editions’ mix-comp series. At nearly 4 hours long, ‘JOOF Editions’ are a genuine attempt to break free from one of the main ‘norms’ that define (or sometimes challenge even) the nature of the mix-comp. John has always been an entertaining DJ and producer to interview. You don’t exist as a mainstay of electronic music for 20 years (“one of the pioneers of the electronic dance music scene” said The Daily Telegraph), without developing an opinion or three and he’s never been afraid to express his thoughts. So Tim (from Stark Profiles) jumped on the phone with him for discussion about the album and, more broadly, his current take on the electronic music scene at large. The results of that conversation follow below…

Tim: Hi John, thanks for taking the time to chat with us. How’s the world looking through the 00 eyes today!?
John: Very good thanks. Sun is shining down on the south coast of the UK and while work is manic, that certainly hopes with the mojo!

Tim: To add to workload you’ve got a new music compilation, which has just been released… Tell us what it’s called and what you would like it to project to 00 Fleming fans old and new with it?
John: My mix compilation follows on from the JOOF Editions series that I launched last year, this being Vol. 2, which is released June 22nd. I’m well known for my extended DJ sets and this album gives a small insight into the musical journey that I like to take the dancefloor on. Throughout my career I’ve stayed honest and true to the more underground sound and never chased musical fads. I think that’s the reason I’ve built such a dedicated following of, as you say, both old and new.

Tim: It’s predominantly trance of course, but what sub-styles of the genre do you see as being most prevalent among the tracks you feature?
John: There’s seems to be a lot of attention focused on genres these days. They are more of a marketing brand, rather than describing the actual meaning or vibe. Whoever has the biggest marketing budget wins this game. In my eyes, what most people think Trance is today, is nowhere near what many us recall, when it earned its original tag. I find hypnotic transcending grooves in all genres. It’s all around us across many branded genres. That’s the vibe I aim for and you’ll find lots of it in my album.

Tim: We should mention at this point that ‘JOOF Editions 2’ is not your standard 80 or a 160-minute, single or double disc-er, is it?
John: It’s not. It’s four hours long. I’ve done well over 30 mix compilations and I always got frustrated that the journey gets stopped after 80 minutes. We’ve all had that feeling when our headphones are on, eyes closed and locked into a journey and suddenly the fadeout starts. Technology has now allowed me to release this unbroken 4-hour journey. Not only is this giving a snapshot into one of my extended DJ sets, but also gives you that unbroken musical experience at home.

Tim: You’re pretty firmly committed to the extended set play these days. It’s obviously a long time to stay focused. Roughly how much of a 6hr – 8hr set do you have sketched out ahead of time and how much comes ‘on-the-fly’?
John: In this new world of producer DJs, I’m one of the rare traditional DJs that still put its art and craft first. I’m not worried about playing a string of all my own hits in a set. I’m more concerned about spending my week creating, digging, clicking around record stores to discover those hidden gems. The lost B-sides, the signed tracks that never made it to the mainstream – those types of cuts. These are my tools that allow me to unfold 6 – 8 hour sets and unfold a musical story that keeps the dance floor fully locked in. 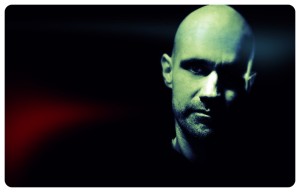 Tim: Last year the JOOF Editions Tour visited 32 cities and saw you supported by an eclectic group of luminaries (people like Dave Clarke, Sister Bliss, Dave Seamen among them). You’re kind of picking up where that left off at the end of June. What’s your tour ethos and where does it kick back off?
John: There seems to be a pervading fad of DJs packing in as many tour dates as possible, then throwing this stacked up list on their Facebook header so they look as important as U2’s current tour schedule. There’s that old saying: “quality over quantity”. I want to pick the cities that allow me to express myself musically so that I can give them the true JOOF experience with my extended sets in the right environment with high quality sound systems and production. It’s annoying for some territories, for example I only hit the East Coast of Australia that annoyed my fans in Perth, but once they took the road trip they completely understand and saw the real me performing the music they adored, so it was well worth it. The same story in Avalon LA coming up July 25th, people are traveling miles to come and see my open-to-close set.

Tim: The album has a fair few tracks from newer producers that you’ve become something of a mentor to. Tell us a little about one of those guys and what it is you’ve heard in them that prompted you to take them on as protégées of sorts?
John: Rick Pier O’Neil is an amazing talented producer whom manages to produce those hypnotic dark Trance grooves. When I play his tracks you feel the energy get completely locked into that vibe, you have no choice but to get your head down and dance. So he would be one great example. I constantly reach out to new producers and DJ’s to help them. Some I can hear that they’ve written great music but need help engineering and never understand how some labels let them slip through. So I help them grow along with giving them the knowledge and understanding on the music industry in order to help. I can’t help myself doing this and what led me to start The Brighton Music Conference. 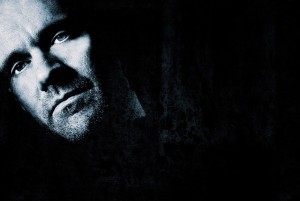 Tim: Underground and overground electronic music has arguably never been more fiercely at odds than they are right now. Is that something you’d agree with?
John: This argument has been going on for years, but most recently become more public due to social media and cameras everywhere that show fake DJ’s, preprogrammed sets and the antics that go on behind the decks.

Tim: Across music as a whole, it’s not really a new phenomenon is it?
John: Not at all. It’s been rife in the pop world for many years. No one moaned when we watched Top of the Pops with everyone miming with keyboards and guitars that where never plugged in. The commercial pop business model has come into the DJ world. That’s a passionate music place, hence the constant spats and explosions. It’s all part of the wonderful electronic music ecosystem. This commercial intrusion causes a mass rebellion and fuels the underground scene, as the more specialist artists start to distance themselves from it. That’s exactly what we’re seeing now. I think commercial EDM stars are doings a great job of locking the next generation into electronic music, whom may have otherwise taken another journey into Rap or Rock etc. Eventually their musical palettes will mature as the dig deeper into the electronic world and discover guys like me. That can only be a good thing.

Tim: For a devoutly underground release, the first ‘Editions’ release last year seemed to sell in remarkably ‘non-underground’ numbers.
John: It did. It’s all part of that wonderful electronic eco system I’ve just been speaking about though. There seems to be a mass surge in the underground world. My album was released on the same day last year as Avicii and Skrillex’s and ‘JOOF Editions Vol. 1’ sat between both in the Beatport Top 5 for six weeks. Don’t under estimate the underground scene and how it’s growing.

Tim: What do you put that success down to?
John: Staying honest and true to the music I believe in. People know exactly what they will get from me, and in today’s world it seems to be a rare thing. So fans look forward to my shows and releases and most importantly I look forward to seeing them and can’t wait to share my music with them.

Tim: Do you think there’s a sea-change or revolution ready to take place in electronic music? If so what do you think needs to occur for revolution to happen?
John: For those that would question this, I tell them to take a moment and look away from the mainstream and the moaning forums and then start searching. There’s currently a massive underground revolution already happening out there. As its underground by definition though, they fight to keep it that way in order to protect it form the commercial sharks. Hence it’s why you need to know where to look. The rewards are well worth it when you find it.

Tim: Thank you for the interview and all the best for the future! 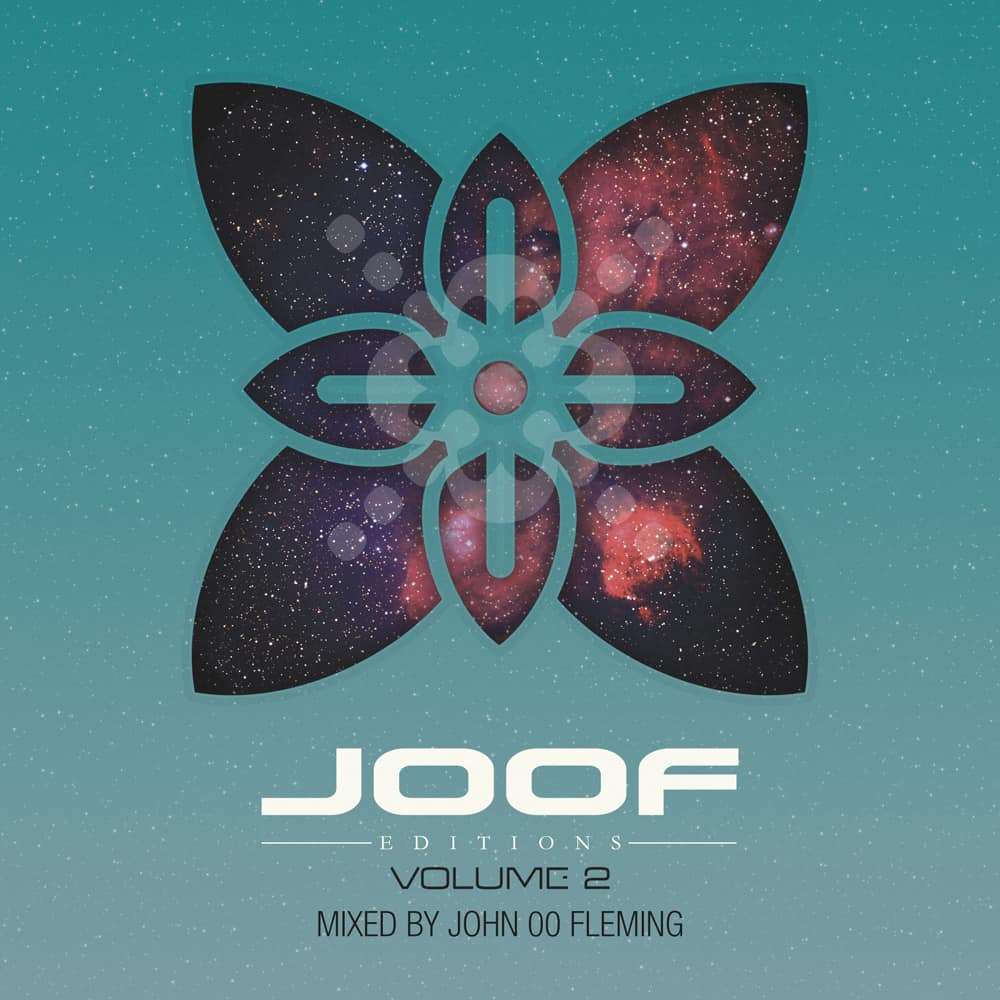