In Search Of Sunrise 12: Dubai – mixed by Richard Durand & Lange 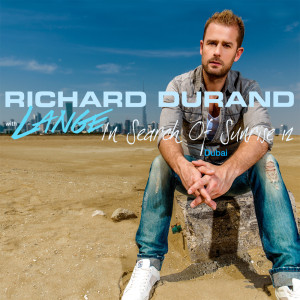 Having sought the sun-up in Sin City last year, 2014 sees Richard Durand take the ‘Search’ in the opposite direction, to a place ever increasingly tagged “the Vegas of the East”. The most gleaming emirate of them all, Dubai is as famous for its cloud-piercing skyscrapers as it is its wide expanse deserts. It’s also supports an electronic music ecosystem that’s surpassed ‘flourishing’ and long since hit ‘overdrive’, boasting huge crowd-pull festivals, a thriving underground studio scene, dedicated EDM sites by the dozen and its own monthly dance mag.

Reflecting new clubbing principalities has been historically key to ‘Sunrise’s genetic. Richard’s fifth trip since taking the fiesta over from Tiësto, the excursion East sees the man from Amsterdam join forces with UK trance maestro Lange. The album follows in the fine traditions of the series by tapping the most creative, edge-cutting trance at its studio source. From there the pair have harmonically and seamlessly mixed ‘Sunrise’s Class of 2014 into three mixes that will again act as summer’s trance barometer. And this year, with ‘Dubai’, that reads hotter than ever.

Of the latest in the mix-comp series, Richard says: “I think the only real surprise that comes with this year’s ‘In Search of Sunrise’ destination is that it hasn’t come Dubai’s way sooner. Dance music has broken out in so many areas since I took over mixing the album, that’s it’s been a mission in itself to keep up!

Dubai is a place I’ve played many times now and somewhere I know I’ll never get tired of coming back to. People go out of their way to find great music, great nights and great experiences here. It’s that passion, dedication and selectivity that I’m trying to reflect by shining the ‘Search’ light on the emirate”.

From there ‘Dubai’s shades & patterns undulate from the trance-tropic (Sean Tyas’ ‘Take A Moment’, RAM’s ‘Epic’ and others) to hothousers like Somna & Yang’s ‘Chasing Stars’. Adding to his own lucent album overture ‘Dubai Desert Fish’, Richard adds the purpose-built Tech of ‘Shield Of Faith’ to the mix’s midsection and the spicy ‘Sambuca’ to its closeout.

Dawning every bit as bright, the second mix brings fresh-cut music like Ira’s ‘Don’t Tell Me’ (vocalled by the aptly christened Paulina Dubaj), ‘Forever In Our Hearts’ from Holland’s Ruben De Ronde and, adding deeper, more eclectic tones, Moonbeam’s ‘I Go On’. Alex O’Rion heats up on ‘Cocoa’, whilst High5 feat. Nanje Nowack ‘Ten Thousand Suns’ and ‘Karma’ from Hungary’s Sunny Lax keep things equally as thermal. Tying off his 2014 Sunrise quest, Richard works in ‘The Inquisitor’ from the on-fire Driftmoon (marking the pair’s second appearance after ‘Luminance’), the pure driven trance of Elfsong’s ‘Seldarine’ and Amir Hussian & Allen Watts equally flammable ‘Step Into My World’.

After recruiting Myon & Shane 54 to his Las Vegas ‘Search’ last year, for 2014 Richard has invited none other than Lange to guest mix the third and final ‘Dubai’ disc. On joining mission: Dubai, Lange says: “I was very excited to receive the invite to be part of the legendary ISOS series! I’ve really enjoyed putting this mix together; it’s turned out pretty dark and moody, spanning Progressive Trance through to peak time club bangers.”

Over 80 minutes he brings together both the best of the underground with music from some of its scene-wide legends. I.S.O.S. forefather Tiësto’s ‘Just Be’ (in its newly reworked Kris O’Neil form), Andy Moor’s ‘Fade To Light’, ‘Out Of Coverage’ by Bobina and his own remake of ‘A Different Shade Of Crazy’ are just some of the big-name highs. Newer production names shine just as bright, as music from Tangle, Johnny Yono, Danilo Ercole, Dimension and others define and refine Lange’s ‘Dubai’ vision.