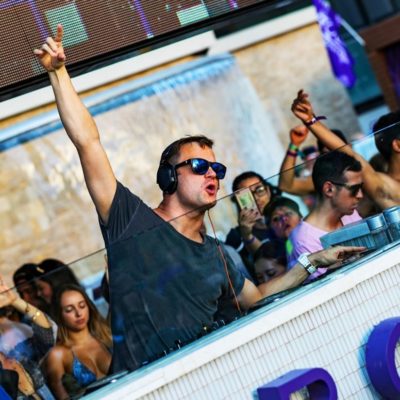 Dash Berlin was the Dutch Trance Trio consisting of Jeffrey Sutorius as front man plus Sebastiaan Molijn and Eelke Kalberg in the studio, responsible for worldwide hits like “Waiting”, “Man On The Run”, “Better Half Of Me”, “Till The Sky Falls Down” and many more.

But in June 2018 when Jeffrey Sutorius parted with the group due to mismanagement and issues concerning the usage rights of the stage name, Dash Berlin. Shortly after, Jeffrey Sutorius kicked off his solo career, performing across the globe under his own name and released brand-new music through his own label.

Now things go into another unexpected direction with the reveal of Dash Berlin’s recent press statement. Jeffrey Suttorious will return to the brand, but Sebastiaan Molijn and Eelke Kalberg will end their part in the Dash Berlin project.

We are happy to announce that after a pretty challenging time for all of us, we succeeded in overcoming our differences and misunderstandings. At the end of the day, good communication is everything. After a sensational rollercoaster journey of more than 10 years with many highlights, we all have come to the conclusion that the chemistry between us is gone and that it is time for a change.

We all now look forward to a new chapter. Jeffrey Sutorius will set forth the legacy of Dash Berlin within his own vision. Founding members and music producers Sebastiaan Molijn and Eelke Kalberg together with Vanderkleij Agency have decided to end their part in the Dash Berlin project to focus on exciting new musical projects.

We all wish each other nothing but good vibes and success.

We thank everybody for the ongoing support.

I want to thank my lawyers Mr. Düzgün, Mr. Zee and Mrs. Wisman for their continued support and advice on both personal and professional level. I couldn't have done this without you. I want to thank my wife for staying behind me all the way through heaven and hell ❤.﻿⠀ ﻿⠀ All my family, friends and colleagues who reached out and showed support: THANK YOU.﻿⠀ You know who you are…﻿⠀ ﻿⠀ The epicness continues!﻿⠀ #dashberlin #dashers #dashisback #jeffisdash #dashisjeff #the1andonlydashberlin

Tagged  Dash Berlin, Jeffrey Sutorius.
Bookmark the permalink.
We use cookies to ensure that we give you the best experience on our website. If you continue to use this site we will assume that you are happy with it.OkNoRead more