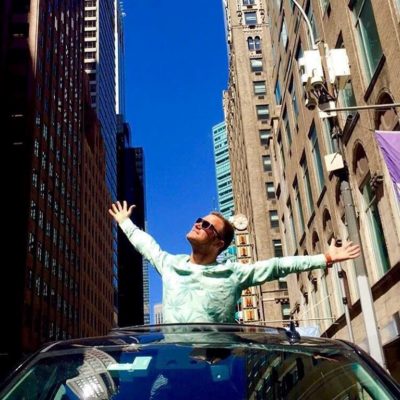 Since August 2018 former Dash Berlin Frontman Jeffrey Sutorius is back on socials with own channels and is preparing his comeback to stage under his own name starting October 2018. Now, Jeffrey has given some more details about his split from Dash Berlin in an interview with DJ Mag. You can read the full statement below.

Jeffrey: “I’ve always been open as who I am and how I feel. Not only as an artist but also as a human being. That is why it broke my heart when Eelke and Sebastiaan cut me off from my social media channels last June and that I could not share my feelings with the fans.

After the insane touring schedule of the past 10 years, at the end of 2017 I started to develop small pains around my body. Lower back, shoulders, heels, etc. And it didn’t recover that well. The pain just kept on bugging me. So I decided to take the first two months off in 2018 for a full physical check-up. During that check-up and recovery period, I was pressured by my booker to do a show in China [in January]. Mid February, I continued my tour doing a.o. mainstage Ultra 2018 and mainstage EDC 2018. Literally, just before the Ultra show my (now ex-) booker Van der Kleij cut off his communications with my tour manager (Borys). Eelke and Sebastiaan apparently supported that decision. From that day, my tour manager was only allowed to talk & discuss with the booking assistant, and only during Dutch business hours, from Monday to Friday from 9 to 5, which was weird seeing that I was travelling all around the world and through all time zones. ‘Good luck!’ he ended his message.

In the beginning of May 2018, there was a phone call between my tour manager, Eelke, Sebastiaan and Van der Kleij in which they discussed some upcoming shows. I was in the room when they spoke. My touring manager warned them that the touring schedule was too hard on us. The shouting from the management and booker towards him was so loud that by even not using speakerphone I could hear it on the other end of the room. They told him to think about the fans we would be disappointing and the money we would be leaving on the table.

This was the straw that broke this camel’s back. I knew it was time for action because this is simply not right. I couldn’t accept this, and I decided to stop working with the Van der Kleij booking agency.

All this happened against the background of questions regarding mismanagement. I kept running into a wall where management and booker weren’t open for any talks or discussions. Eventually we planned a meeting for the 29th of May this year. On the 28th I returned from touring and on 30th of May A State Of Trance Poland was on the bill, a country I missed a lot, and I haven’t been to in quite a while. When my tour-manager and I came home, the management cancelled the meeting because they ‘saw no relevance’ in having such a meeting to discuss.

This is where I broke down mentally. I get really emotional thinking about all this. Why do people do this to each other? On the day the meeting was planned I went to see a doctor who diagnosed me with a burnout and told me to take a break from touring. One of the first things I did was call Armin van Buuren notifying him that I just wasn’t able to perform on ASOT in Poland. In the weeks that followed I finally found time to think about all that happened in the past decade, and it came to me clearly that all these years I’d only been focussed on my physical health, and completely neglected the mental impact of travel, being away from home for months on end, a constant pressure to fulfil a killing tour schedule while disconnected from friends and family.

Like I said, one of the first things Eelke and Sebastiaan did was to freeze me out of the social media accounts. So the only way of communicating left to me to be able to inform the outside world about what was happening, was to release a press statement where I addressed the core of my decision. To add insult to injury, Eelke and Sebastiaan filed a claim against me that by not fulfilling the shows that were booked at that time, I was breaking a contract, and they wanted to force me to continue touring, or else I would have to pay a penalty of EUR 100,000 per day that I refused to do so. Eventually, the court denied that claim.

Coming back to my burnout. Some of my close colleagues, friends and family already had questions about my touring schedule for a long time. I didn’t see it as a ‘rough’ schedule because I always looked only at the physical health standpoint and I love interacting with the fans. People may know I have a sporting background playing soccer in The Netherlands for major soccer clubs. While touring I mostly kept myself in “health” with fitness (Man On The Run), and after a while, I actively started practicing Bikram Yoga. I thought I was healthy and fit. But that was clearly not the case.

So this summer I stayed at home, in The Netherlands, which was experiencing the hottest summer ever measured in our country. Other than that it’s been a blurry reality. I didn’t shave for months, and the only things I did was eating ice cream, watering the plants and walking my dog. It was one of the few things I could make myself happy with, besides doing nothing and trying to get out of misery and all blackness. Towards the point of deciding to continue under my own name and with lawyers going back and forth, my girlfriend Joyce and I got the opportunity to get married. A super small, intimate wedding but at the same time a super important step with my Joyce as my rock behind me, loving and supporting me all the way going into the future.

As to my health now, I think I am getting where I want to be. But this time I will take care to make it sustainable, and to keep my life balanced out. Obviously, I have to take care of the past emotionally and financially, but I am also really looking forward to connecting with my fans again.”

DJ Mag: Have the reasons why Eelke Kalberg and Sebastiaan Molijn allegedly registered Dash Berlin under their own names become any clearer to you?
Jeffrey: “No, unfortunately not. In the court case that was held in July, Eelke and Sebastiaan stated that they registered Dash Berlin under their own names in 2011 to protect it “against the outside world”. Which would make it logical to add me as part owner, but they did not do that, and they still refuse to do so. I believe they have never intended in sharing Dash Berlin with me. They even tried to portrayed me as an act that they invented, and that I was merely a puppet on a string that they could easily replace.”

DJ Mag: Can you expand any further on the issues of alleged mismanagement that you outlined in your statement in June?
Jeffrey: “I have continuously asked questions regarding the financial matters of Dash Berlin, which are still unclear to me. All that time, I have not gotten facts nor answers. Eelke, Sebastiaan and Van der Kleij still are refusing to provide documents and information, and are forcing me to take them to court. As an example, all booking agreements are in my name (‘Jeffrey Sutorius as Dash Berlin’) but they refused to hand over those agreements, so the court had to force them to do so. It also appeared that Eelke and Sebastiaan signed a label agreement without me whereby they gave the label permission to use my picture, but they never told me about this, nor any other details of the agreement. The court forced them to also give me that agreement. Another example is that only in July 2018 Van der Kleij during the court case told me that he had received a huge amount – more than a million dollars (!) – in tax refunds in my name. They never told me that. I found out because it was part of their submission to the court. I think that if I had not started the court case, they would have never told me that and kept the money for themselves. So I am piecing together all this and other information so that I can make a reconstruction of the past 10 years and stage a final reckoning.”

DJ Mag: How have these legal proceedings progressed? Do you still plan on one day being able to perform as Dash Berlin again or are you determined to start anew as Jeffrey Sutorius?
Jeffrey: “There has already been one court hearing (in July) thus far. Seeing that they won’t give me any information, there are two hearings planned, both in October. Their whole attitude towards me has been extremely disappointing. So I am determined to continue my journey on my own as Jeffrey Sutorius. After all, that is who I am, and who I always will be. I miss my fans, and I want to return to the stage. The court said that we have to fight out who can use the Dash Berlin name in further proceedings, so using my own name was my only option basically. On the other hand, all the fans are behind me being Dash Berlin. I find this is something worth fighting for. I will continue this as long as I possibly can to maybe, eventually claim the stage again as Dash Berlin.”

DJ Mag: What plans have you for the near future?
Jeffrey: “I want to achieve things as Jeffrey Sutorius that Dash Berlin never accomplished. The world is my oyster. And I like oysters! I am making new music, and I am beyond thrilled to share this with the world, with the fans. To tell my story and to share it. And to make everyone understand, I am EDM: Emotional Dance Music. Keep an eye out on my socials for where my tour schedule will take me and for release information about my new music.”

Tagged  Dash Berlin, Jeffrey Sutorius.
Bookmark the permalink.
We use cookies to ensure that we give you the best experience on our website. If you continue to use this site we will assume that you are happy with it.OkNoRead more