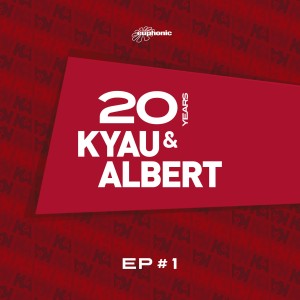 German legends Kyau & Albert are celebrating in 2016 their 20th anniversary as producer & deejay duo! As part of this celebrations their biggest tracks will get a 2016 retouch by friends & colleagues in the Trance Scene. For the first EP of the “20 Years Kyau & Albert – EP Series”, Genix remixed Kyau & Ablert’s “Velvet Morning”. Originally released in 2003, “Velvet Morning” is one of alltime favorite vocal trance tracks. The Remix of Genix is a great update to the sound 2016 without loosing the charme of the wonderful vocals. Really loving the it!

Here is the video clip of the new Genix remix for 'Velvet Morning' #20yearsKnA 🙂 It's the first mix in a series of new remixes and reworks of K&A classics coming this year!!! #TrancefamilyP.S. And of course we will have brand new K&A material and K&A collabs for you in 2016 😉