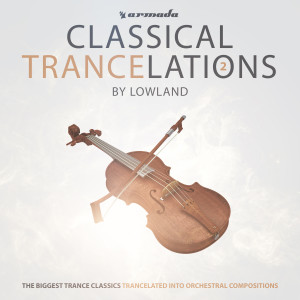 With records by Armin van Buuren (‘Blue Fear’, ‘Rush Hour’, ‘Mirage’), Dash Berlin (‘Till The Sky Falls Down’), and Rank 1 (‘Airwave’) amongst the trance songs receiving the orchestral treatment, the album aims to unite trance fans and admirers of classical music.
The composer behind the reworks is producer Petri Alanko, known for scoring the psycho-thrilling game ‘Alan Wake’ and subsequently honored with the ‘Best Score 2010’ award at the Annual Game Music Awards. The Finnish musician made the classical interpretations of the Trance hits under his Lowland alias, and even added one of his own original compositions as an added bonus track.

The album counts as one of the year’s highlights for a lot of Trance fans. The original tunes, created by the likes of Armin van Buuren, Dash Berlin, Chicane, John O’Callaghan, Mike Foyle, Orkidea, Paul Oakenfold, Rank 1, and Veracocha (Ferry Corsten & Vincent de Moor), are considered to be full-fledged Trance classics amongst the widespread following of the genre.

Lowland – Classical Trancelations 2 will be out on September 11th 2015!