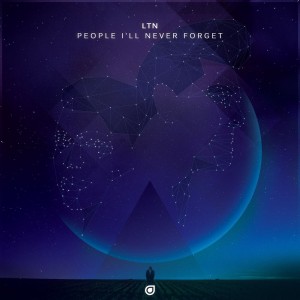 As one of Asia’s most respected and prominent producers, Louis Tan aka LTN, has seen growing successes of late with his unique approach to the increasingly saturated Progressive world. Steadily, LTN has been making a name for himself, breathing fresh air into the scene with thought out and innovative productions which have drawn praise from the best in the business.

With a rabid fan base emerging from LTN’s penchant for pure Progressive, his first studio album ‘People I’ll Never Forget’ has been demanded and sought after ever since LTN’s first string of major releases – and finally, it gets a release date of May 11.

Staying true to form, ‘People I’ll Never Forget’ features an extensive range of vocalists & collaborators. From Arielle Maren to Christina Novelli, no stone is left unturned in the quest for an all-encompassing album which showcases LTN’s resolute ability to combine some of the biggest talents and rising stars with graceful, driving Trance.

Contrived of brand new and exclusive material, ‘People I’ll Never Forget’ sees LTN explore the full spectrum in a well-rounded album. From introducing affairs with the elegant ‘Autumn Leaves’ and building momentum with the drifting melodies of ‘Fuego De Amor’ and ‘A Different Side of You’ LTN effortlessly builds a stylish ebb & flow within tracks like ‘Crystalline’ and ‘Just Another Man’ which results in a fully flowing album for start to finish.

Bringing things back down to earth with the likes of ‘Illusions’ and ‘Here I Am Again’, ‘People I’ll Never Forget’ glides away with three exclusive to iTunes Bonus Tracks which, in their extended form, perfectly bring the album to a close.

‘People I’ll Never Forget’ is a genre-defining album which sees one of the scene’s most iconic stars skillfully assembling a truly memorable journey.

Get you copy at iTunes:
https://itunes.apple.com/de/album/people-ill-never-forget/id983692921

Get the extended mixes at Beatport:
https://pro.beatport.com/release/people-ill-never-forget-extended-mixes/1586583

Get you signed copy at the Enhanced Store:
http://www.enhancedmusic.com/store/music-en/ltn-people-ill-never-forget-cd-pre-order