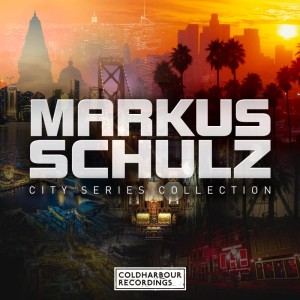 New adventures are present; including the two time DJ Times American Best DJ’s fledgling visit to Indio’s Coachella, as well as a pioneering Daybreak Session performance at the enormous Tomorrowland. However, Markus’ affection for history and appreciation of the DJ art consequently features multiple dedications to industry cornerstones, such as Avalon in Los Angeles, Ministry of Sound in London, Stereo in Montreal and his hometown turf of Space in Miami.

Bolstered by the brimming talent of his Coldharbour Recordings roster, leading lights Nifra and Fisherman & Hawkins feature in collaborative roles; the former appointed to the annual event theme for the Transmission extravaganza in Prague, and the latter signifying a bittersweet crescendo; dedicated to the recently closed Pacha in New York City.

This was Markus Schulz’s passport for 2015, and we are all aboard to enjoy the journey.

Get your copy at iTunes:
https://itunes.apple.com/de/album/city-series-collection/id1078879335