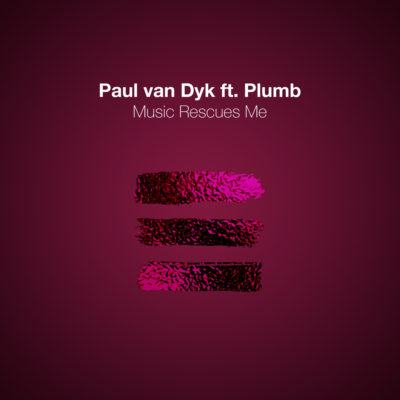 The first single of Paul van Dyk’s new artist album, which is announced for October 2018, is the title track… a beautiful vocal trance track with the beautiful voice of Plumb which is in no way inferior to their first collab back in 2012. The song is co-penned by the lyricist behind latter-day Paul van Dyk classic “Home”, Snow Patrol member and long-time personal friend, Johnny McDaid. Johnny was also responsible for the vocals on the first versions of the track.

Paul’s album opener is a rapture-filled commemoration of music’s remarkable, unending and sometimes even inexplicable capacity to liberate and release. Paul about the his album title track: “Music’s ability to conjure imagery, fuel memories, get us through the tougher times and soundtrack the good ones is awe inspiring. It’s both force and a gift and although I’ve been involved with it for a long time, I’ll never completely understand it. I feel that’s a big part of what keeps it so magical for me and Plumb & Johnny have helped me pay tribute to all that through this release.”

Set amidst epic, reverb-rich guitars strains and dynamic rhythms, this is a track whose rapturously positive-thinking/feeling chorus is only equalled by its imaginatively stimulating verses. Who already enjoyed “I Don’t Deserve You”, will love this latest collaboration of Paul and Plumb.


Lyrics:
From the belly of the city
The sky spills over us
And the streets snake through the earth
I’m switching off
Into a billion ones and zeros
Where everything is fixed
And I’m wrapped up in your song

Tagged  Johnny McDaid, Music Rescues Me, Paul van Dyk, Plumb, Vandit Records.
Bookmark the permalink.
We use cookies to ensure that we give you the best experience on our website. If you continue to use this site we will assume that you are happy with it.OkNoRead more