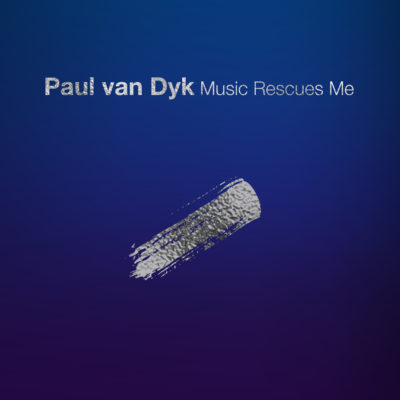 Paul van Dyk has announced his ninth artist album and second in consecutive years called “Music Rescues Me” (formerly announced with the album title “Symbols”). In production under-the-radar for nine months, Paul confirmes the album “in the final stages of recording”. Signalling a newly won creative flow the album will be released only one year after “From Then On”.

Through the 15 tracks long tracklist you can find collaborations with artists like Lostly, Alex M.O.R.P.H., Saad Ayub and Jordan Suckley next to vocal tracks with amazing vocalists like Sue McLaren and Plumb!

Commenting on the album’s context, Paul says: “though it might have been its seed, this new album is not about music bringing one person back from the brink. Its theme reaches beyond that. This is about music’s ability to open us up, to stimulate mental imagery, to unlock or bring back memories. It’s about its often hard-to-fathom capacity to support us, to get us through our tougher or more challenging times, as well as soundtracking the good ones, and making them even better. This, to me, goes beyond the mere ‘inspirational’. This is something else. That music can ‘unlock’ us, allow us to access emotions and places our mind might not otherwise go to is nothing less than extraordinary. It’s both force and a gift. I feel that’s a big part of what keeps it so magical for me – indeed for all of us. So this album is a celebration of this most mysterious, impalpable and wonderful aspects of music’s nature”.

Get your copy here:
https://lnk.to/PaulvanDyk_MusicRescuesMe_Album