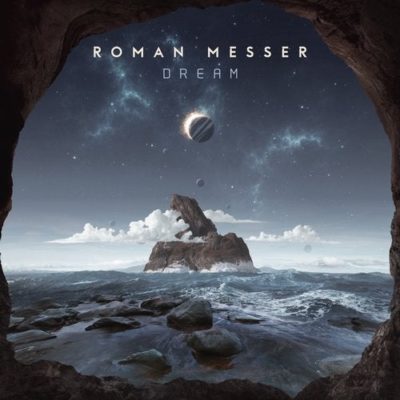 Roman Messer is certainly living the dream, for one. With him going from strength to strength lately, hitting milestone after milestone in his career, it can be hard to believe that this Russian producer was making his first marks on the trance scene just seven years ago. Yet here he is, tearing the roofs of festival stages all over the world from A State Of Trance to Trancemission, Alfa Future People to Viva Braslav and now, capping off his incredible 2019, releasing his third artist album.

In Roman’s own words, “Dreaming” was envisioned as a standout track when it was being crafted in the studio, but the ‘Dream’ LP offers plenty more memorable moments like this. There’s everything here: second – and even third-time collaborations with the likes of Roxanne Emery and Christina Novelli, ballads like “I Been Needing You” and peak time bangers like “Serenity”, cuts that Roman kept exclusive for his own label and tracks like “Eternity” and “Magic Fly” that caught the attention of Armin van Buuren himself who signed them to his own labels and included them on his prestigious A State Of Trance series of mix compilations – and made “Magic Fly” his Tune Of The Week recently. And when it comes to collaborations, it’s not all vocals, either – Roman joins forces in the studio with trance musicians like Davey Asprey on the aforementioned “Eternity”, Twin View on “Dancing In The Dark” (with vocals courtesy of Christian Burns) and the legend of the Russian trance scene FEEL on “Reflection”.

The album’s sound is described by Roman as “progressive” in the broad sense, but branches out into genres like breaks and uplifting trance. The record is diverse, and the motto of producing something standout and memorable that went into the creation of ‘Dreaming’ clearly applied to the album as a whole. There’s something here for fans of every facet of modern trance – but there’s more to it than this. Roman might be living his dream, but he wants his listeners to never give up chasing theirs, too. And ‘Dream’, he hopes, is the record that just might inspire one to do so.

Get your copy here:
https://fanlink.to/RMdream

Tagged  Dream, Roman Messer, Suanda Music.
Bookmark the permalink.
We use cookies to ensure that we give you the best experience on our website. If you continue to use this site we will assume that you are happy with it.OkNoRead more