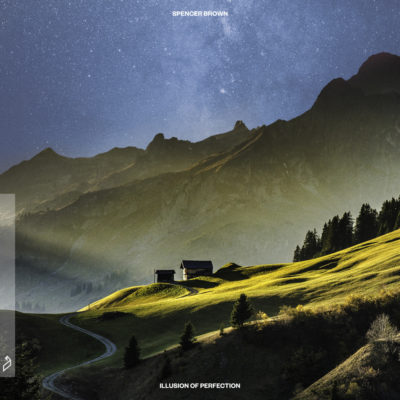 Having picked up his first instrument at the age of 2, Spencer Brown already has 20 years of music experimentation under his belt. Now just turning 24, Anjunabeats’ youngest star presents his debut artist album “Illusion Of Perfection”.

A graduate of Electrical & Computer Engineering at the prestigious Duke University, Spencer’s career has already seen some incredible highlights. His debut release “Chalice”, supported heavily by Above & Beyond, was released on Avicii’s LE7ELS imprint; his debut live performance saw him step behind the decks at The Hollywood Bowl. Tastemaker support from the likes of Pete Tong, Armin van Buuren and Axwell soon followed.

Spencer’s passion for crafting DJ sets and creating tracks solely to join the dots between dance floor moments highlights his mature head on young shoulders, a gifted artist taking on the music world on his terms. “Illusion Of Perfection” is the evolution of this idea, a 12 track compilation with his forward thinking sound stamped across the mix.

The lush sounds of the “The Gardens” kick off this LP, before the slow burning grooves of “I”ll Never”, debuted by Above & Beyond during their ABGT250 warm-up set live from The Gorge. Having performed for the Pope, Roderick Demmings Jr. provides a classy jazz piano interlude on “Airplane Tekno”, before a change of groove with the dark “Arps n Crafts” and “Will I Ever Find Love”, Spencer’s most poignant melodic production to date. You can feel the twinkling streetlights in “Nightwalk”, inspired by late night jaunts around his hometown, San Francisco.

Finding more inspiration in landmarks of his hometown, “Hippie Hill” and “Bill Graham” have a distinctly San Fran flavour. Rolling grooves of “Hippie Hill” reflect the pounding feet of the Bay-to-Breakers race Spencer wandered through the day before composing the song, while “Bill Graham” is another show inspired song, this time his debut at one of the cities legendary music halls.

Closing out the mix, “No Going Back” feels like a timeless Anjunabeats anthem in the making, pairing Spencer with one of the labels most renowned talents ALPHA 9 aka Arty.

Above & Beyond’s very own Jono about Spencer: I’ve been a fan of Spencer Brown’s for a while now and I’m delighted we are releasing his debut album today on Anjunabeats. His melodic, groovy productions sound like music made beyond his years and he is an absolute gentleman to boot.

Spencer Brown’s debut artist album “Illusion Of Perfection” will be out on May 11th 2018!

Get your copy here:
https://anjunabeats.lnk.to/SBIOPtw

Tagged  Alpha 9, Anjunabeats, Illusion Of Perfection, Jules, Liam Hathaway, Roderick Demmings Jr., Spencer Brown, Wilt Claybourne.
Bookmark the permalink.
We use cookies to ensure that we give you the best experience on our website. If you continue to use this site we will assume that you are happy with it.OkNoRead more