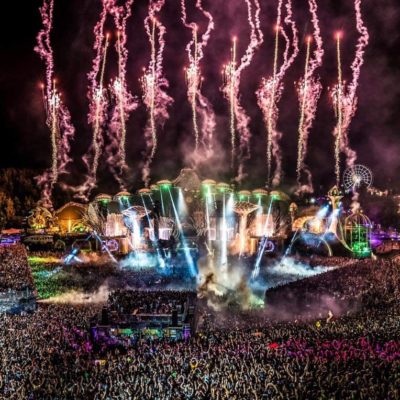 The legendary Tomorrowland Festival in Belgium still reigns supreme in the Electronic Dance Music festival circuit. Also this year the happening in Boom will bring together more tastemakers from across the electronic music spectrum as evidenced by the list of hosts for the 2019 edition – and also Trance will be represented on both weekends.

For this years 15th anniversary the organizers have now revealed this year’s hosts and you can expect four great Trance stages to ensure an amazing Trance experience. Next to the return of Anjunabeats, A State Of Trance and Future Sound Of Egypt as Hosts, there will also the premiere of Shine Ibiza (the 2018 launched trance event brand in Ibiza) as Tomorrowland host.

With the these great four stages the names of Paul van Dyk (Shine Ibiza), Armin van Buuren (A State Of Trance), Above & Beyond (Anjunabeats) and Aly & Fila (Future Sound Of Egypt) are set for this years Tomorrowland Line Up. The Line Up for the ASOT Stage is already finalized and also some names for the Shine Stage are confirmed. More artists will be announced soon.

Here are the confirmed dates and artists for the Trance stages and also for the Mainstage. Updates for the Line Up will follow!

Tagged  A State Of Trance, Above & Beyond, Aly & Fila, Andrew Rayel, Anjunabeats, Armin van Buuren, ASOT, Ben Nicky, Bryan Kearney, Cosmic Gate, Estiva, Ferry Corsten, FSOE, Future Sound Of Egypt, John O'Callaghan, Key4050, Markus Schulz, MaRLo, NWYR, Paul van Dyk, Ruben De Ronde, Seven Lions, Shine, Tomorrowland, Tomorrowland 2019, Vini Vici, Yves Deruyter.
Bookmark the permalink.
We use cookies to ensure that we give you the best experience on our website. If you continue to use this site we will assume that you are happy with it.OkNoRead more