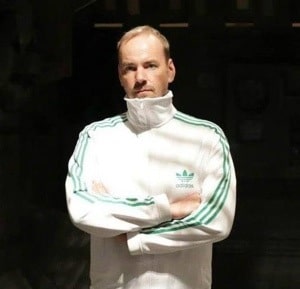 Since their first release, ‘The Awakening’, York has been a renown name on the international electronic music scene. Catchy guitar hooks and delicate dance textures have caused a sensation in clubs, on the radio & in the charts across Europe. The York EDM discography includes work with Mike Oldfield, Jennifer Paige, Roger Shah, ATB, Schiller, Ayla, The Thrillseekers, Kai Tracid, Taucher, Dj Sakin & Friends etc.. In 2006 Torsten Stenzel, the main lead behind York, took a break for a couple of years. Now, Torsten is back! That are enough topics for us to talk about with Torsten. Enjoy reading! 😉

TranceAttack: 2013 was a really good year for trance. This statement from our side is also caused by new releases of York! Welcome back from our side and please tell us: What were the reasons for your decision to start your comeback in the “Trance scene”?
York: I wasn’t producing much clubmusic anymore till 2011, when i started to
host my own parties in the caribbean (most of them with Ministry of Sound ) i realised that the music had changed in a very nice way.
I liked for example the influence of house to trance, “trouse” and that the musically limitations of trance werent there anymore…i think the music got really good – apart from the mainstream garbage. You just have to dig a little and you will find a lot of pearls. I also still like uplifting because of the energy, that was in the 90ies the sound that we produced the most, but uplifting has made little progress musically. You still hear the same elements in the tracks then 15 years ago. That was also one of the reasons why i stopped producing it, now i can enjoy it again.

TranceAttack: What have you done all these years while you were not active in the trance scene?
York: I am quick versatile when it comes to music. I wrote two movie scores “Fire” with Gary Dourdan from CSI and an Indiependent movie called “Memories of the Blue”.
I also wrote 6 songs for Tarja Turunen (from Nightwish), which are very rock & classical for her album “My Winterstorm”, the album achieved Gold Status in Germany, which was quite interesting for me to get gold awarded for a rock production. 😉 I also played in 2006 quite a lot in the recordingstudio of Grammy winner Rick Nowels in Santa Monica, this is how my keyboard playing ended up on 3 Nelly Furtado Songs and an All Saints song plus a Joss Stone production.

TranceAttack: York has become famous as a project of brothers, Torsten & Jörg Stenzel! Are there any changes in the formation of “York” with the comeback?
York: Well, its true that York was a brother project, my brother does still give a lot of input – but i was as the producer and keyboarder and programmer always the driving force behind it. I did run my first label 10 years before i asked my brother to play some guitar on the first Taucher Album “Return to Atlantis” in 1996. So I kind of brought him on board and showed him the world of clubmusic. Nowadays he is very busy with his dayjob and i am still (since 28 years) a fulltime producer. So i guess this is also why my influence in the project is a bit “heavier”, escpecially since the last 2 years. But the brand and philosophy behind the yorksound will never change.

TranceAttack: What can we except from you and especially York in 2014?
York: We will continue to release music that we like ! I am working on collaborations with Kai Tracid, Deep Voice, Ayla, Taucher, The Thrillseekers, Chris Reece, Nathan Red, Chris Rea, ATB, Marco Torrance, Chola, R.I.B & Seven 24 and some more. It is gloing to be a busy year.
I am also quite happy to have my label Planet Love Records now in the good hands of Black Hole Recordings and i am still doing my Chillout series “Planet Chill” on Armada Music.
I am also working on our new York Album, which I want to release in September. I will be in Germany this Summer to work on some tracks with my brother. 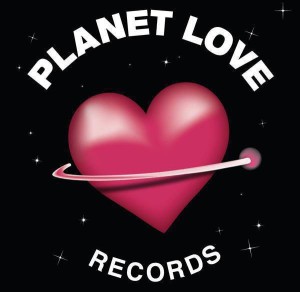 TranceAttack: Are there any ideas to see you live in 2014?
York: I would love too, nothing concrete yet. I guess I need another year till promoters jump on my head and start to cry that they want York with a Real Guitar live on stage!

TranceAttack: There are so many classics in your discography… Are there any ideas or plans of new remakes?
York: Yes constantly. I just got a new mix of York “Hearts” by Dreamy. A really nice uplifting bomb!
We will also work on a lot of remixes of classics and release it under Planet Love Classics, its time for the new generations to discover some of those old pearls.
My Remixlist is long !!!

TranceAttack: You look back on more than 20 years long career as Producer. What is your opinion the changes in the “trance” scene in this time?
York: It changed a lot since i started 1989.
Most of the labels or lets say all the labels that we produced for, don’t exist anymore.
Just a few survived. Even DJs i worked with died, Tilmamn Urmacher, Marc Spoon and many more.
There are many young new faces. I think thats good. Also the fact that you don’t need a studio anymore to produce an amazing track, very different than back in the days, when you needed to by equipment for 20.000 Dollars to get one beep out of the speakers. But that is also is a problem: cause too many releases sound exactly the same.

Yes I think one of the differences is, that the young producers should find their
own sound, like many of us tried in the past. Its not about copying the beatport top 10 !

If everybody clones all the time, that would be sooner or later the end of Trance and any kind of clubmusic because it will mean stagnation and no more development.

Take a listen to his latest releases: