Home » Blog » Join the livestream for A State Of Trance 950 in Utrecht here!

Join the livestream for A State Of Trance 950 in Utrecht here! 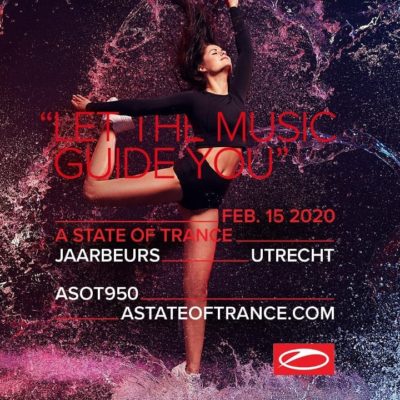 The biggest trance festival of the world is BACK on February 14th & 15th 2019 to celebrate the 950th episode of A State Of Trance! Starting with an official pre-party in Amsterdam on Friday, February 14th, the main event will happen again in Jaarbeurs, Utrecht on Saturday, February 15th!

During the massive 8 hour ADE special live broadcast Armin revealed the official anthem for ASOT950 called “Let the music guide you”! While the artists announcements continue during the regular ASOT shows, the regular tickets are SOLD OUT.

The official theme and anthem for #ASOT950 have been revealed! 🔥 To top it off, we're proud to announce the first DJs who will be taking to the stage at the Jaarbeurs on 15 February. Who's joining us?! 🙌

BOOM! 💥 We just added some massive names to our ASOT950 lineup and there's still more to come! 🔥

The ASOT950 lineup is now complete! We can't wait to welcome you all on 15 February at the Jaarbeurs for our most epic edition yet! 🔥 Tickets are very limited, so grab yours before it’s too late! 🙌

Find the set times of all artists for all floors here: 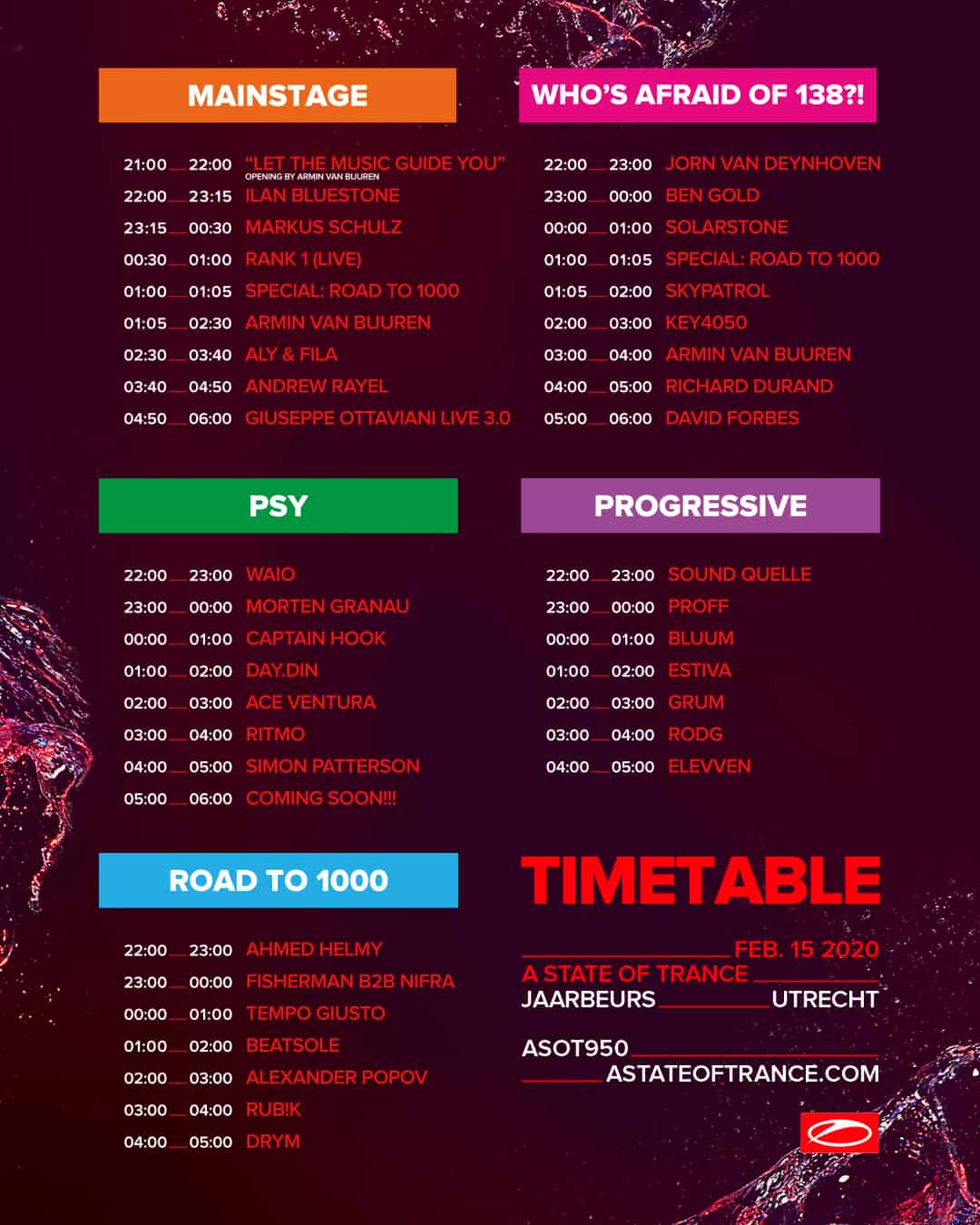