In Depth With… Craig Connelly 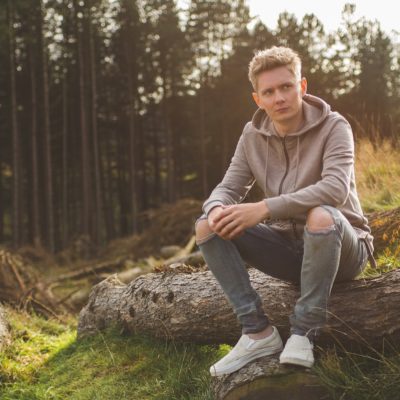 We talked with Craig Connelly about his debut artist album “One Second Closer”, the launch of his label “Higher Forces Records” and much more! Enjoy reading!

TranceAttack: Hey Craig, great to have you for some words. Where do we find you at the moment?
Craig: In my home office in full business mode. Can’t be making music everyday, unfortunately. Today is admin and Visa day, AKA snooze-fest.

TranceAttack: Your album “One Second Closer” is your long awaited debut album. Some days after the release we read some really personal and heartfull words by Gareth Emery about your past years and your impressive focus on your personal goals. How can you describe the work on the album and the your past years in the business?
Craig: Fairly big question, I guess the last 3 years haven’t been the easiest. Since my dad died I spent the back end of 2014 in a near depression-like state, started to pull my shit together in the summer of 2015, left my job at Garuda in 2016 and then set these wheels in motion. So yes, that sums up what has been a bit of a rollercoaster for me personally and career-wise since 2014. At one point I was ready to call this whole thing off, I had no tracks, the music I was making was terrible due to the stress I was feeling, I felt lost and scared but then I decided to stick at it and push it to the point where I know for sure whether full-time music/DJing was going to work out for me (still working on this, maybe I’ll never be content). I had to sort my personal life out in order to make good music again and this period of non/poor activity did negatively effect my career quite a bit, but now I feel like I’m back. Once my head was in a better place and I decided to get my own label going then I also decided (with influence from my partner) to write the album and open the label up with an album.

TranceAttack: Gareth Emery was/is one of your most important supporters. In 2011 he asked you to run this label “Garuda”. Was this the point of ignition for your career?
Craig: Yeah, I guess it was. I knew I always wanted to be a DJ/producer but I never really knew the path to success with it. Once I was inside the industry I could see clearly what needed to be done and how to do it. Not only that but I learnt a lot musically in this time to from Gareth and A&Ring the label. That time definitely helped me cultivate my career today.

TranceAttack: “One Second Closer” earned a lot of fantastic reactions from friends and colleagues. Are you proud?
Craig: Super proud. The fan reaction has been amazing, like it’s bowled me over. To achieve these kinds of results after being away from the scene for so long is awesome. I can’t thank them enough.

TranceAttack: Can you tell us something more about the tracks of the album? What can the listener expect?
Craig: The listener can expect a lot of emotion, human experience and story telling. I really wanted to make a journey with this album. I’ve got to the point where I can make good club records stood on my head so I needed a bigger challenge. The challenge really was to create 12 or so tracks that all had a different sound set and a different feel, which isn’t easy by any means. I hate dance/trance albums that have a bunch of tracks that are just a rehash of a soundset the artist has been doing for years. So with that in mind and being focused on telling many stories I set about writing as many demos in different way as possible. I guess to summarize, the listener can expect a journey through a world of electronic sounds with a plethora of wonderful lyrical stories along the way.

TranceAttack: Next to your debut artist album you started your brand “Higher Brand” with the launch of your label “Higher Forces” and the show “Higher Forces Radio”. What the idea behind that?
Craig: Well, I figured I know how to run a record label why not create a brand of my own and grow that with my fan base. Feels good to be the director of all your own music and creations. I can decide exactly what I want to release and when, no waiting around and no bullshit A&R process to endure. I also want to bring through a bunch of artists myself into the scene which will be fun and further expand the brand. 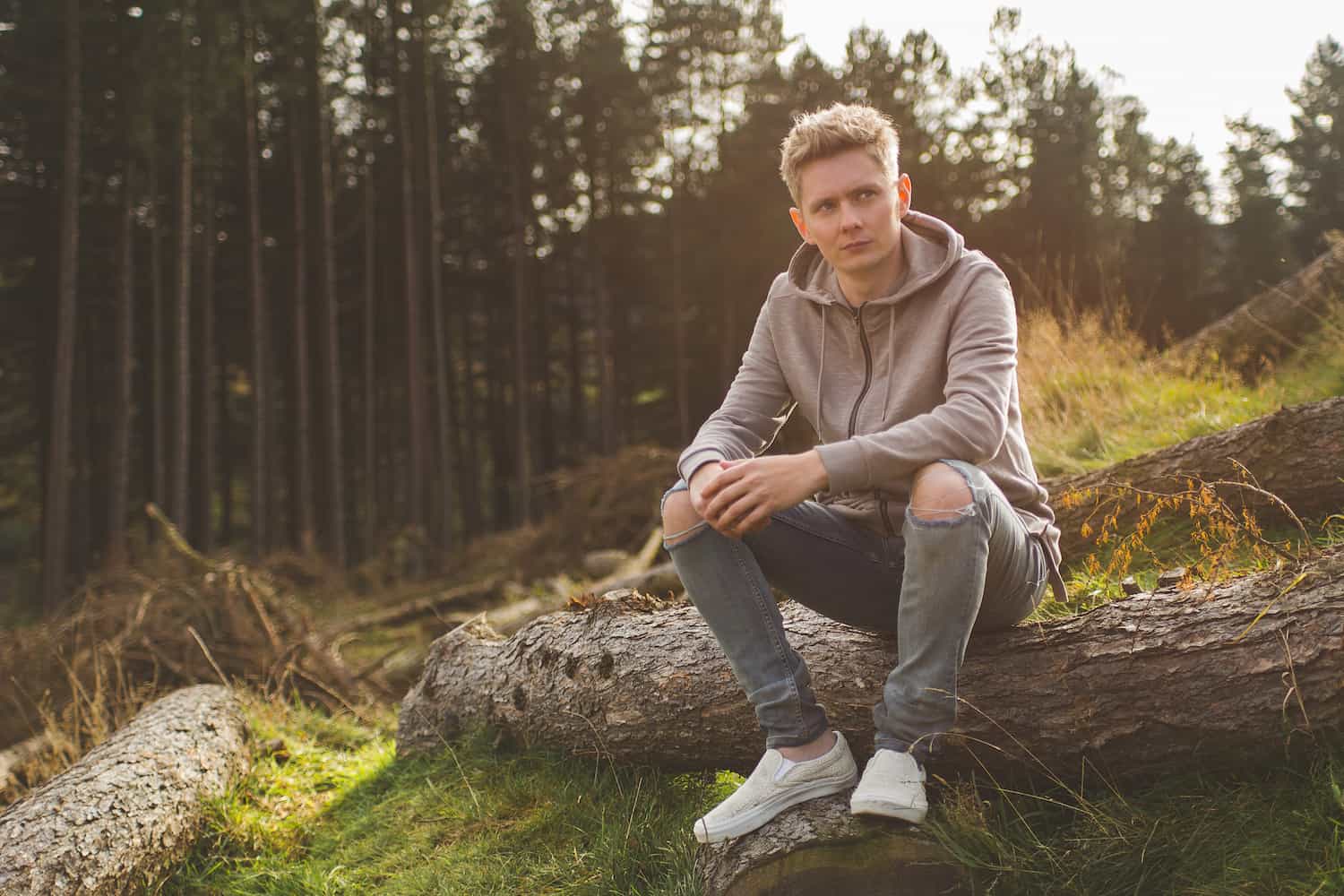 TranceAttack: Which kind of music will be released on “Higher Forces”? Will it be a place for well known names or more a springboard for fresh names?
Craig: Everything from progressive trance / house all the way through to more banging uplifting sounds. We really just wanna hear amazing music. The bar is set really high, we’re not doing it for the money so we won’t be releasing music every week, just the best new singles we can find.

TranceAttack: What will be the sound of “Higher Forces Radio”? Label showcase or the sound of the deejay Craig Connelly?
Craig: Both. It will be the place for the label debuts and also a place where people can experience what I play in nightclubs. We aim to have some guests doing mixes too and also live broadcast specials.

TranceAttack: You are based in Manschester in UK. As a real “Manc”, can you tell us something about the city? What clubs should be visited? (One of our TA members will visit the city in summer!
Craig: We have quite a few amazing venues, my top 3 being the Warehouse Project, Victoria Warehouse and Gorilla. Manchester really is a founding city for great music so on pretty much any night of the week you can find artists of all sounds headlining one of the many venues across the city. Not only that but the food is amazing!

TranceAttack: 2017 has just started and you have already achieved so much. What is still to come? What are your plans for the rest of the year?
Craig: I don’t intend on taking my foot off the gas at any point and intend to push my album and brand as hard as possible. Not only that but once the album campaign is finished I want to come back with a new vocal single to continue the hype and also set up album 2 for release in spring 2018, touring permitting.

TranceAttack: What are your hobbies beside music?
Craig: When I ever get any fucking time off, spending time with my girlfriend, xbox, playing with the cat and walking the dog. But that’s a small amount of time away from work.

TranceAttack: If someone would like to start in the music business today, what advice do you have for him?
Craig: Be totally original. Don’t follow someone else’s path. Make as many friends as possible. Don’t settle for second best in your own work and the work of others working for you. Be bold. Focus on making amazing music and the rest will follow.

TranceAttack: Thank you for the interview and all the best for the future with your career and of course with “Higher Forces”! 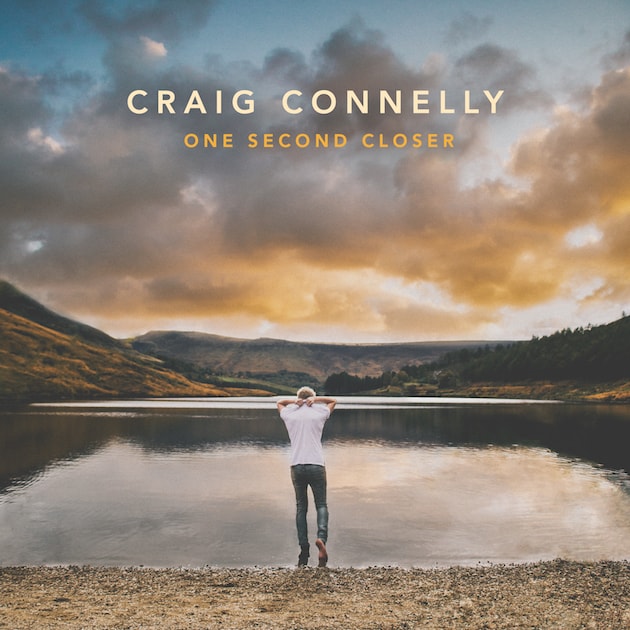 Tagged  Craig Connelly, Higher Forces Records, One Second Closer.
Bookmark the permalink.
We use cookies to ensure that we give you the best experience on our website. If you continue to use this site we will assume that you are happy with it.OkNoRead more