Some words with Aly & Fila 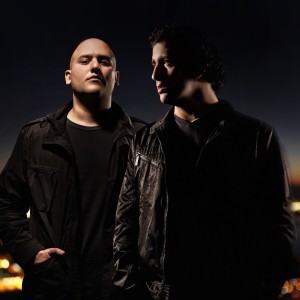 2013 was a fabulous year so far for Aly Amr Fathalah and Fadi Wassef Naguib, better known as Aly & Fila. In June the two Egyptians released their second artist album “Quiet Storm” and with their radio show “Future Sound Of Egypt” Aly & Fila celebrated the 300th episode with an impressive world wide event tour with parties in Mexico, Argentina and Netherlands (just to name a few). Enough topics for us to talk about with Aly & Fila. Enjoy the interview! 😉

TranceAttack: First of all congratulations for reaching 300 episodes with your radio show “Future Sound Of Egypt!” The FSOE 300 celebration parties happened all around the world. Are you satisfied with the FSOE 300 celebrations?
Aly&Fila: Thanks! We are much more than satisfied. The celebrations completely exceeded our expectations, everyone who played for us, the fans who attended and listened live and interacted on our LIVE FSOE 300 Broadcast Centre were amazing.

TranceAttack: You have known each other since you were children and you have made music together for more than 10 years. There are not many groups or duos who have been together and also successful for such a long time. What’s the secret behind the long partnership?
Aly&Fila: We are best of friends – that’s the key and we are both hard workers and passionate about what we do.

TranceAttack: I remember the first announcement of your album “Quiet Storm” in the summer of 2012, and now it was finally released in June 2013. What was the reason that you decided to postpone the release?
Aly&Fila: We wanted to be 100% happy, we did not want to rush it out just for the sake of having it released, so we decided an extra 12 months was the way forward and would like to think we are justified by that decision and very happy with the response for the album.

TranceAttack: Normally we want to concentrate on the music and less on political topics, but the actual situation of Egypt is hard for us to ignore when we talk with you. What do you think?
Aly&Fila: We are the same as yourselves, we like to let the music do the talking for us.

TranceAttack: You can see a lot of #PrayForEgypt banners at the FSOE 300 parties. What do you feel when you see such a full solidarity with the people of Egypt in the audience of your gigs?
Aly&Fila: Tears to the eyes, was such an unreal feeling in Buenos Aires when the fans held up the banners, to be honest we have never seen anything like this before at a dance music event, the togetherness of the #trancefamilies is like no other.

TranceAttack: The first half of 2013 is over. What were your personal highlights so far?
Aly&Fila: FSOE 300 was a huge highlight for us and releasing the Quiet Storm Album. Everything in 2013 has been great. We are now looking forward to FSOE 350, playing A State of Trance 650, Ibiza.

TranceAttack: What are your plans for the rest of 2013 and the future?
Aly&Fila: We will be releasing two more singles, working on the music for 2014, planning FSOE 350 and touring.

TranceAttack: Which album do you hear currently in your free time?
Aly&Fila: We really enjoy listening to music from Lana Del Rey.

TranceAttack: Thanks for the interview and we wish you all the best for the future!
Aly&Fila: Thanks for having us! 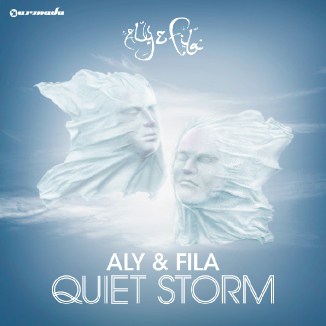