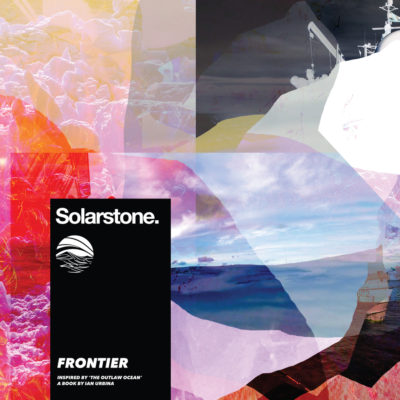 Musicians and journalists are both storytellers. One uses sounds, the other leverage words. The Outlaw Ocean Music Project is a first-of-its-kind collaboration of such creators. In combining their mediums, these narrators have conveyed emotion and a sense of place in an enthralling new way. The result is a captivating body of music based on The New York Times best-selling book by Ian Urbina called The Outlaw Ocean, which chronicles a lawless realm that few of us realized existed.

As a creative experiment, the project represents a novel way to do journalism. Aimed at people who might not otherwise have encountered this reporting, the music renders stories more viscerally and delivers them to the public through different channels. The music project’s goal is to raise awareness and stoke a sense of urgency about the human rights, labor and environmental abuses that occur at sea. The passion and creativity of the resulting music also prove anew that artists work best when they are inspired.

Solarstone explains his motivation behind this project: One of the chapters in the book that really stuck out to me was “The Next Frontier”. This chapter perfectly captured a microcosm of the wider issues regarding the environment, and how insensitively large corporations will treat it in the name of financial gain. As an artist, I connected with the feelings of desperation and helplessness that accompany seeing injustice and trying to prevent it, only for efforts to be rendered futile. Yet I was inspired by the unrelenting hope of the volunteers and activists depicted in this chapter. It gave me a much-needed reminder that change is possible.

Reading The Outlaw Ocean is a reminder of the power of words and stories. Much like the written word, music also has the fortitude to evoke an emotional response that taps into a memory, forges associations and reinforces what we may have forgotten.

I invited my friend and musician David Harrison (Super-Frog Save Tokyo) to lend his modular-synth wizardry in the creation of my tracks to help give my music an extra edge that reflected the subject material. After spending a week holed up in my studio in Wales — immersed in the words and sounds of The Outlaw Ocean — we re-emerged with four tracks that weave a tapestry of sobriety and hope. It was one of the most intense weeks spent in the studio of my career.

Get your copy here:
https://levelmusic.lnk.to/PjHYlT

Tagged  Frontier, Ian Urbina, Solarstone, The Outlaw Ocean.
Bookmark the permalink.
We use cookies to ensure that we give you the best experience on our website. If you continue to use this site we will assume that you are happy with it.OkNoRead more