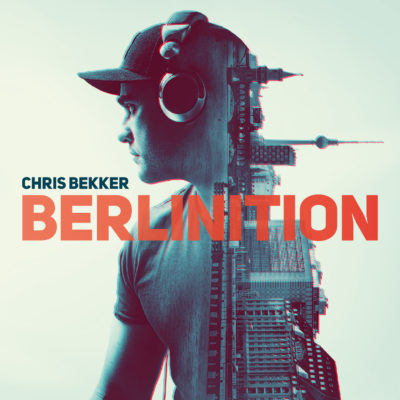 Through “Berlinition” – Chris Bekker’s debut long-player, Chris is attempting to do what a fair few others have tried and failed to do before him. The album is a studied effort to condense the essence and soul of Berlin into a musical recording. No easy task, it’s a capital, awash with underground cool and motorised by ever-shifting sonic ideologies, which have been in constant flux for 30+ years.

“Berlinition” isn’t a rash attempt to stylistically summarize it though. Nor is it a token auditory postcard or “love note” to the city. It’s one that’s thematically & atmospherically designed to soundtrack a top-to-toe journey through it.

For Chris, a Berlin resident for the last quarter-century, with much artistic and technical skill at his disposal, it was a task he was all-but born in to. So dedicated to it was he, that it was one he also he decided to add an additional visual component to. Over the course of its production year, as, one-by-one, the tracks materialized from the studio, Chris & company shot accompanying capsule videos around the German capital. Visually enshrining his music for the album’s release, those videos have now been sequenced end-to-end and dazzlingly edited to form a cinematic DVD extension to ‘Berlinition’.

When it comes to the music, Chris (much like his label patron Paul van Dyk) is no great lover of stylistic classifications, content to leave the labelling to others. While taking in numerous threads, the album largely collects around the nexus of house, trance, tech and progressive.

Having received its premiere on the catwalks of Berlin Fashion Week back in January, title track “Berlinition” marks Chris’ first collaboration with Paul van Dyk. It’s a track that against the odds manages to fold the city’s opaqueness into 7 gripping minutes. From the Fernsehturm-high altitudes (and attitudes) of tracks like “Heimat B” & “Goldelse”, to the wide stylistic lens of “Noland” and “We Can Be”, the album details Berlin. Traversing from the sprawling urban feel of “Uferstrasse” to the more centre-centric “Moabeat” and “Iconic”, it brilliantly captures both Berlin’s crux and atmosphere.

Chris Bekker’s debut long-player “Berlinition” is out on July 15th 2016!

Get your copy here:
https://itunes.apple.com/de/album/berlinition-presented-by-chris/id1116935903

Tagged  Berlinition, Chris Bekker, Chris Montana, Pagano, Paul van Dyk, Sequ3l, Tricia McTeague, Vandit Records.
Bookmark the permalink.
We use cookies to ensure that we give you the best experience on our website. If you continue to use this site we will assume that you are happy with it.OkNoRead more