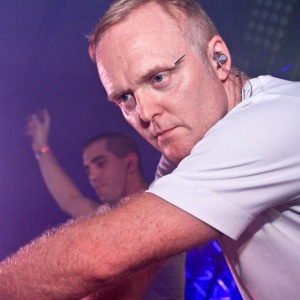 Live audiences expect more nowadays… and make no mistake, they’re about to get it! Pure NRG is artist union, mission statement and live-on-stage concept concert all wrapped up into one. Pure NRG is what happens when two forces of trance nature meet kinetically to perform their music live on stage. Those two forces are Solarstone and Giuseppe Ottaviani. One, a scene legend and the powerhouse behind the rolling boulder that is the Pure Trance movement. The other, the first man on the planet to imagine (and then deliver) trance as a live artist performance and prime mover in the seminal, millennial Nu-NRG group. A connection of musical minds, creative ability and on-stage performance magnetism.

With their first 2 shows Giuseppe & Rich have shown in an impressive way that there is a difference between ‘live’ and LIVE! The reactions on their debut at FSOE350 ARG were amazing! We talked to both about the Pure NRG project and their next plans! 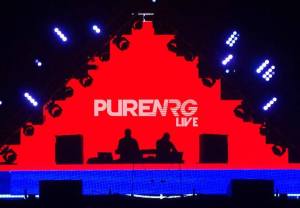 TranceAttack: First of all, once again congrats for your impressive history writing PureNRG debut at FSOE350 in Argentina. Still having goosebumps when I think back. Can you describe how experienced your debut?

Giuseppe: The debut show at FSOE350 in Argentina was the final stage of months of hard work in studio working on the live setup and creating music of course. I believe we both were extremely excited and quite nervous as well since playing live is quite a different thing than playing a DJ set. We didn’t really realize how good was the show till we’ve heard the live recording when back home. Indeed the feedback was amazing and the reaction from the crowd was quite impressive, we couldn’t expect a better debut than that.

Rich: I was extremely apprehensive about this first performance actually! Giuseppe and I had spent a lot of time getting the technical aspects of the show together, but it was the first time I had performed live like this for many years – in fact I’d never done this much live before. Even my keyboard playing skills were quite rusty, and there is a lot that can go wrong – even simple things like using in-ear headphones was new for me – so it was really a ‘baptism of fire’ for me. I was concentrating extremely hard in getting it right – so much so that I was not particularly aware of the crowd. It was only when I listened back to the live recording that the response of the crowd became apparent – and I was blown away! I enjoyed the second show – at Godskitchen last weekend – a lot more, I was much more relaxed. A friend of mine remarked that I ‘looked nervous’ – but that was actually my ‘concentrating’ face. 🙂 Playing live with Giuseppe is a great experience – he is incredibly professional and well-versed in it, it’s very reassuring knowing that he can be relied upon to fix and problems that might emerge during the show. I’m very much looking forward to the next Pure NRG show – and of course to getting back in the studio with G to work on some new PureNRG music. 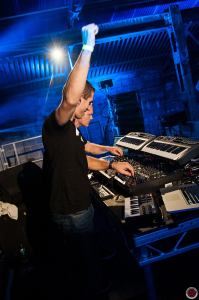 TranceAttack: You both are very successful as solo artists. So the announcement of your PureNRG project was very surprising for me. Can you tell us how the idea behind PureNRG was born?

Giuseppe: The idea came about when we were on tour in Australia for Stereosonic 2013 – with our manager Paula. I was telling them how I had been approached by other artists to work together on a live act. Paula simply replied “Why don’t you and Rich team up for a live act together? “

Rich: I’d actually expressed an interest in performing live before but didn’t want to do it solo as Solarstone. So Paula suggested that we work together on something new, combining our sounds – and the name ‘Pure NRG’ came about almost instantaneously – it’s incredibly simple – a combination of my Pure Trance sound and the NRG from Giuseppe.

Giuseppe: The basic idea was to bring the B2B thing to the next level and do a B2B live, but we went even further and got this more complicated setup that allow us to fully interact between us and gives us the flexibility of a studio brought on stage

Rich: Perhaps the not-forced nature of everything has helped it become so successful in such a short space of time. We believe 100% in the music we play, there’s nothing contrived about it.

TranceAttack: You both are very busy with your solo projects. Where will be the focus in the near future?

Giuseppe: We are not leaving our solo careers to only play as PureNRG but we’ll keep pushing both ways, as PureNRG and as solo artist with my GO On Air label, radio show and live shows.

Rich: For me it is a combination of the next Solarstone album, pushing the Pure Trance brand to greater heights, and PureNRG. For the next Solarstone album I have a bunch of great demos that I’m about to start sifting through to find the strongest ones to develop further. There’s no rush for the next album, I want it to be as good as possible – and different to the last one too. 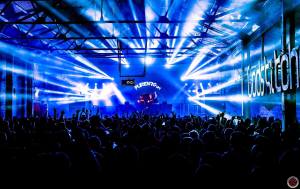 TranceAttack: Are there already any ideas for PureNRG releases – may be also an album?

Rich: We’re working on new music, but to be honest with you this is all about the live show – singles and albums are not our priority. One of the great – and unique – things about the PureNRG shows is that people are going to be hearing performances of music that they can’t hear anywhere else. Every show is different because we improvise and try new things each time. Releasing singles is more static, so we do aim to do it – but infrequently.

Giuseppe: We definitely have the idea to release some PureNRG music but at this stage it’s a bit too early to talk about it. There’s no reason of rushing things. We just had our first 2 shows, so lets see how it goes and just go step by step. 🙂