Home » Featured » Juventa & Estiva together in a Session

Juventa & Estiva together in a Session 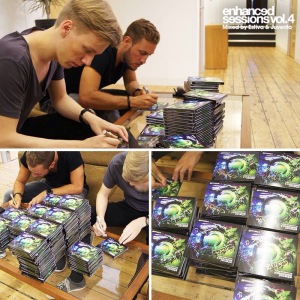 Volume 4 of the famous “Enhanced Sessions” compilation is about to released on September 22nd 2014… this time mixed by Juventa & Estiva. We thought it was time to chat with them about their actual music, plans and of course about the release of “Enhanced Sessions Vol. 4”. Enjoy reading!

TranceAttack: First of all, congrats for the release of “Enhanced Sessions Vol. 4” which is mixed by you. What can the listener expect?
Juventa: Thank you very much! The compilation is packed with exclusives from the Enhanced label, so there are plenty of tracks that people will be listening to for the very first time when hearing the mix. For my mix I’ve selected some really great melodic pieces and some heavier tracks that simply blew my mind, I think it’s a nice balance between the two!
Estiva: Thank you! I believe over 50% of the compilation consists of unreleased exclusive tracks, which is extremely exciting for the fans. The variety in sounds and grooves is amazing; there’s a lot of unique sounding stuff. And as I’m a big fan of vocals there’s a good amount of vocal tunes on it as well!

TranceAttack: How did you work on this compilation? Had you a special idea in mind when you started with the work on it?
Juventa: I just wanted this mix to flow incredibly well – make the listener feel like he/she is enjoying one giant song. One that takes you on a journey through music, rather than a bunch of separate tracks.
Estiva: I’d been given a pack of exclusive tracks and demos. Going through them was fantastic as there was so much quality to find. I just filtered out the tunes that appealed to me the most. After a wide selection I started to realize things would get tough. There’s only so much tunes you can fit on a cd, and therefore I had to be really picky. I’ve tried to pick the tracks that would create an interesting variety and a great flow in the mix as well. 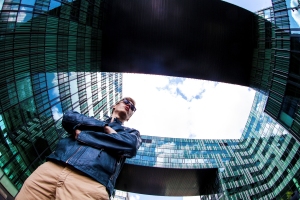 TranceAttack: How do you prepare yourself for mixing a compilation like this? What differences do you see in comparison for the preparation for a live set?
Juventa: They’re similar in a way since for both I select the tracks I wanted to use upfront, but the thing about a compilation is that once it’s done, it’s done. You can’t go back to it and change things here and there – when you deliver the final mix, it has to be perfect. The preparation for a compilation is a lot more time-consuming, but just as satisfying as a great live set when you get it to flow well.
Estiva: A live set is usually played in either in a club or at a festival with a live audience. Especially during one-hour sets there’s not much room to ‘explore’, you have to keep people dancing. The compilation will most likely be heard individually on an iPod, in a car or at home. It’s a much ‘calmer’ setting usually, more intimate, and I feel like I can take the listener to explore the different layers in the songs a little bit more as they are more patient in that environment.

TranceAttack: I know that it is always difficult, but please tell us which are your personal favorites from the compilation and why?
Juventa: Haha indeed it is… I wouldn’t have picked the tracks that I used for the mix if they weren’t a favorite of mine in the first place! One track that I really like is ‘Dreams Come True’ by Aerosoul, Yoel and Jenny Mayhem. It’s such an energetic track and it has a super catchy lead that I can’t get enough of. Tritonal & Mr Fijiwiji’s track ‘Seraphic’ is another one, it starts off really calm and beautiful and then strikes you with a massive main hook and drop – love it. I also featured a track that has been a personal favorite for months now, Volant’s remix of ‘The End’ by Suspect 44. It’s a really fun and happy track, but still hits hard. I’m more into electro-styled stuff lately and this is a perfect example of how I like my electro!
Estiva: Naturally I’m very proud of my own input; I have three new singles on the compilation and I’m really curious as to what people think of them. Other highlights are Tritonal’s ‘Satellite’ and ‘Anchor’. These songs are so well produced – the amount of detail is amazing!

TranceAttack: Next to the release of “Enhanced Sessions Vol. 4” an album tour is in preparation. Can you tell us already details?
Juventa: I’ve already toured in Australia last month (with Estiva, Aruna and Will Holland) as part of the ESV4 album tour, and more recently North America with Estiva. It’s been a lot of fun so far and a pleasure to tour with such talented people! The response to the album material I’ve played out is massive, so I can’t wait for everyone to hear the full thing.
Estiva: I know there will be loads more but these will be announced later: 😉

TranceAttack: You both have also become an important part of Enhanced’s weekly radio show, as you joined Tritonal and Will Holland as Co-Hosts. Can you tell us details about the idea behind? What can the listener expect from your hosts?
Juventa: With 4 hosts on rotation you have something special every week of each month – it makes it a lot more interesting I think to tune in every week as you get to hear different stuff from all four of us! Whenever I host the show I try to showcase not just the latest from the Enhanced label, but also my current favorites, no matter what genre. I like to mix things up in my own podcast, Nothing But Love, and I wanted to bring that with me to the Enhanced radio show as well. I got some amazing reactions on my first show as host so I can’t wait to do more!
Estiva: Yes, such an honor! I’ve had my fair share of guest mixes and takeovers but now things got real! I’ll play the very best and new of Enhanced Music as well as my personal favorites. It’s basically my Next Level podcast but with an extra creamy Estiva’s-look-on-Enhanced-sauce on it! 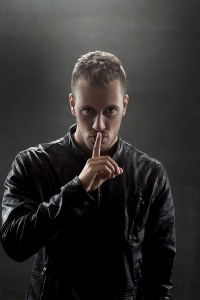 TranceAttack: What are your plans for the rest of 2014 next to compilation, radio show and tour plans? Is there still time left? 😉
Juventa: There definitely is! I’ve finished a lot of new stuff this summer and I’m still working on some vocal tracks, remixes and collaborations. The album obviously features some new Juventa material, but there’s a LOT more coming!
Estiva: Luckily I have some releases lined up already. I can never sit still though so all my time goes into the studio. I’m cooking some new instrumentals as well as collabs with Tritonal and Juventa. Next to this, I’m secretly working on some indie dance/pop influenced projects.

TranceAttack: Which side do you prefer? Behind the decks in the clubs or behind your equipment in the studio?
Juventa: If I really had to pick one: in my own studio. I started as a producer, DJing came many years later. Making music is what I love the most, but DJing is the perfect way to present my productions to the masses – both are essential.
Estiva: I would say both are amazing, the combination of them is very cool as you can play your own creations in the environment you’ve created them for. If you want me to pick just one I’d say go ahead and lock me up in the studio.

TranceAttack: What was the first record you ever bought? And what was your last?
Juventa: I believe the very first record I actually bought was Oceanlab’s album, ‘Sirens Of The Sea’. I’ve played that record so many times, and I still enjoy listening to it, especially when I’m on holiday or during the summer. The last one I bought is Porter Robinson’s ‘Worlds’ album; completely different but just as addicting! He’s a huge inspiration to me, so I try to let myself be influenced by that record as much as possible and take all of that back to my own projects and integrate it in my own tracks and sounds.
Estiva: This must be the dance music interpretation by The Smurfs! In Dutch it’s called SmurfenHouse – go ahead and look it up, lol! I’ve just pre-order Electric Youth’s new album called ‘Innerworld’!

TranceAttack: What is your opinion on the future of the EDM?
Juventa: One side of EDM is rather oversaturated, we all know that, but the bigger part of electronic music is still incredibly healthy. I don’t see that healthy part changing or vanishing over the next few years, so I think it’s safe to say ‘EDM’ will definitely last another while 😉
Estiva: EDM Is an ever evolving genre, I’m expecting the most popular sound we’re hearing today will be gone in two years, which is extremely exciting in my opinion!

Find all details and our review of “Enhanced Sessions Vol. 4” here: 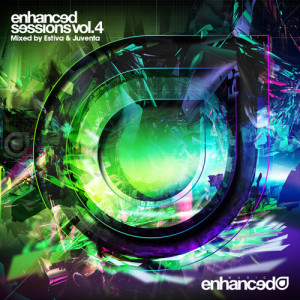